Local Records Unit minutes for the State of Illinois confirm that Darrel Cox, Coles county Sheriff and Candidate for the 110th State Representative Race is now asking for authorization to destroy even more county records! (Click here to read the minutes-Coles County Sheriff listed on page 3)

The process is typical for public bodies in need of saving space because of the magnitude of records but with all the recent exposure of wrongdoing in his office it does make one wonder what is it that he is wanting to get rid of.

Its clear other records have been destroyed/lost without the required authorizations and we raised questions on that in this Article.

Looking at his history of withholding information, lying under oath, sexual misconduct with a co-worker, and doing private business with his own office its concerning why now he wants more records destroyed.  Especially in light of the Wrongful death law suit filed against him last month!

Why is it so concerning?  Most public bodies we have investigated have rarely utilized this process and have all their records.  Of those that do request destruction, more often than not it’s done once or twice in a 10-20 year time frame.

In the case of Darrel Cox, he has requested to DESTROY records 4 times in 7 years as the elected Sheriff!

Interestingly this particular Sheriff’s Office has requested to destroy records 11 times in the last 25 years.  The link will take you to the last 10 requests (1989-2010 Record Destruction Requests).  We are waiting on a response from the State to find out what Mr. Cox’s most recent 2014 record destruction request entails.

I don’t think it’s asking too much for all records to be preserved in light of a wrongful death case, gun sales in direct contradiction to state law, use of his office to pay invoices to his personally owned private gun smith business, not to mention records proved he conspired to cover up his wrongful actions in the past.

Where are the leaders in the GOP?  Can anyone honestly say these factually documented events is what the GOP accepts in its candidates?  Where are the leaders of the communities, churches, businesses?  The outcry for this guy to resign should be the headline in every paper and news show but instead nothing.

Intellectual honesty is dying in America!

Will the grave site be the 110th District? 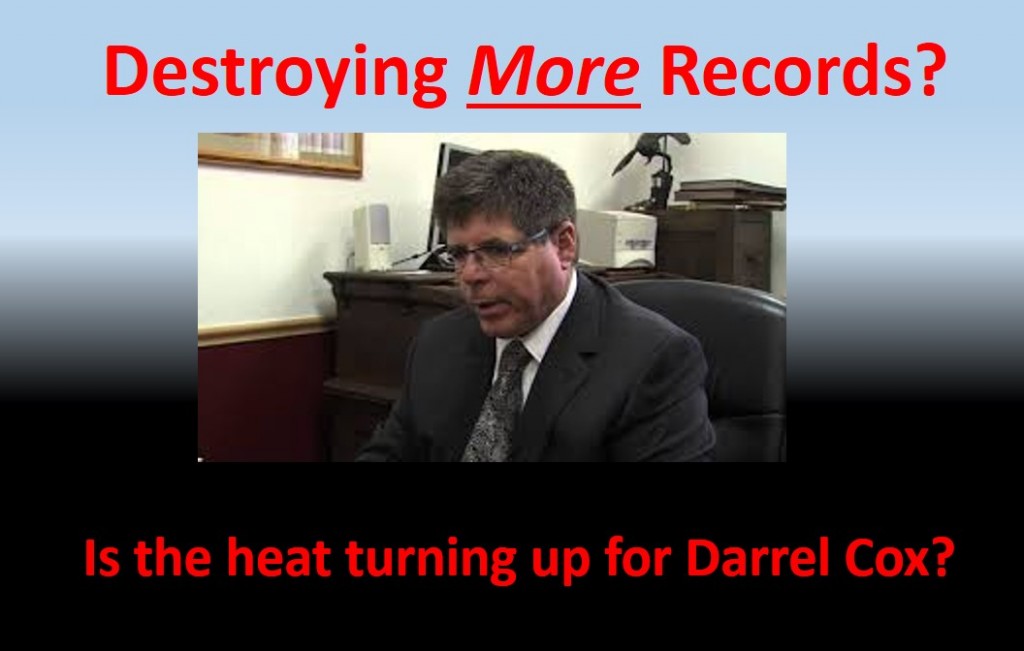