Darrell Cox: Conspired to Cover up his Actions!

"There was evidence to support the Commission's findings various rules were violated by plaintiff. These violations are not simply part of the violation of sick leave policies. If plaintiff only called in sick when he was not, we would have a case of sick leave abuse. However, plaintiff also told others both within and without the department he was going to call in sick when they could see he was not, continued partying for several more hours
after his call, asked a fellow employee not to "rat" on him, and asked the same fellow employee to cover for him by aligning the stories they each told investigators. There is more in this case than an abuse of sick leave. There is an attempt to cover it up and the abuse was flaunted in public. "

What does this person truly represent?

So far we have provided documents that prove the following: lied under oath, withholds information, Violated rules of conduct, drank before duty, violated administrative rules and procedures, and now, directly from the court records, he clearly conspired with others to cover his tracks by aligning the stories they each told investigators.

What happens when a common citizen breaks the law and then conspires with others to cover it up?  I think we all know the answer to that very basic question- Obstruction of justice!  The problem we have here is this is a man who wears a badge and is suppose to uphold the law, not cover it up and conspire with others to get away with his wrongdoing.  This is just a tiny example of TONS more information that will be published for everyone to see and learn from.
Would you support a candidate that has done things as recent as last year that constitute Official Misconduct, which is a felony?  Would you support a candidate that has violated the Public Officers Prohibited Activities Act?  How about one that thinks its OK to sexually assault a co-worker?
If you answer yes to any one of those three questions then you are part of the problem this country is facing.  We must learn to make the tough choice and accept the fact that just because the drinking buddy next door is our friend, it doesn't make him qualified to represent the people, especially when he can't even tell the truth under oath!

We The People must WAKE UP! 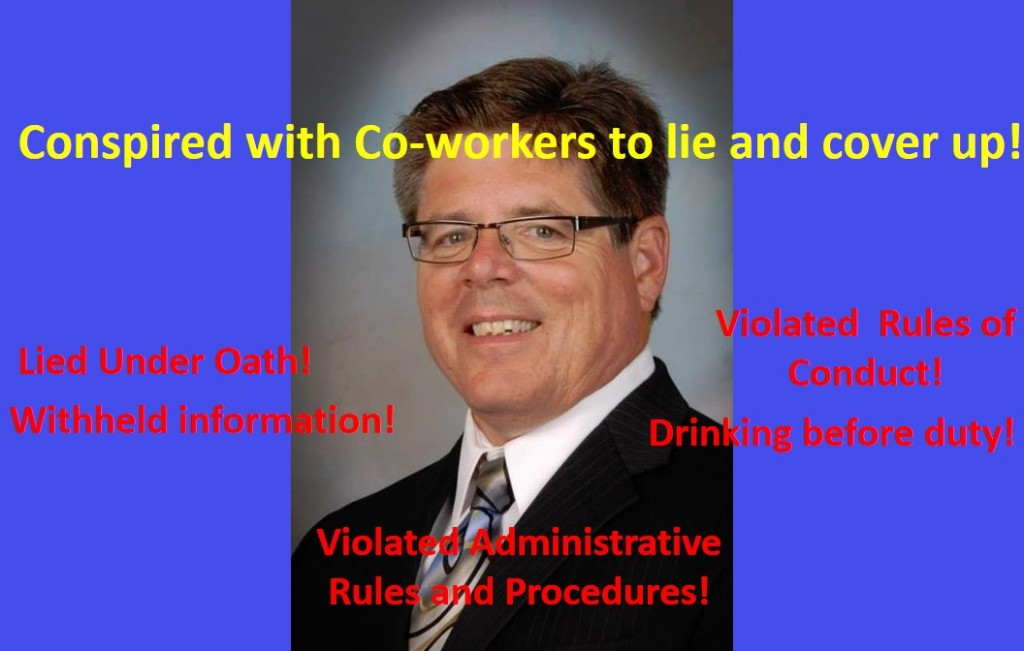