PARIS, IL (ECWd) -
In another round of illegal activities perpetrated on the Citizens of Edgar County, I found this little gem of a letter while searching through old FOIA requests looking for information on illegal gun purchases.
Former Sheriff Crippes, in an attempt at providing cover for all of his buddies to carry concealed weapons wherever they went, typed up little memos like he did for Mike Heltsley, only Mike was the only one dumb enough to try to get the new Sheriff to renew it - and was promptly told "NO!".
For starters, Edgar County has never "employed" Heltsey in any capacity, other than a short stint under Sheriff Hood which we understand didn't end well, prior to his becoming an Edgar County Board Member (bet that won't happen again), so we did attempt to verify the claims made in the letter that he was "employed by the Edgar County Sheriff's Office in a sworn covert Investigator capacity". In response to a FOIA request for payroll records: "Regarding your FOIA request pertaining to C. Michael Heltsley, the following is my response: There are no payroll records/reports reflecting payments to C. Michael Heltsley for the time period 06/2003 thru 12/2010. For clarification purposes, this means the Treasurer's Office payroll records reflect no payments made to Heltsley. Thank you,"
So now we have another instance of a person in public office fabricating a document in order to give those (yes, there are more of these letters out there) in his favor the right (not his to give) to carry a concealed weapon.
Furthermore, you have to ask yourself of the abilities of a Sheriff who gives out letters like this to someone that was fired from the Department of Corrections (while claiming to have retired, which was a lie).
Could this be the reason Mike Heltsley is trying so hard to take money away from the budget of the Sheriff's Department? Is this the reason he voted "NO" on pay raises for the dispatchers? Is this his version of "payback" to the new Sheriff for not going along with the same illegal actions of the former Sheriff?  Did he continue to carry concealed in spite of the law?
Stay tuned for additional fall out from the actions of Mike Heltsley and former Sheriff Tim Crippes! 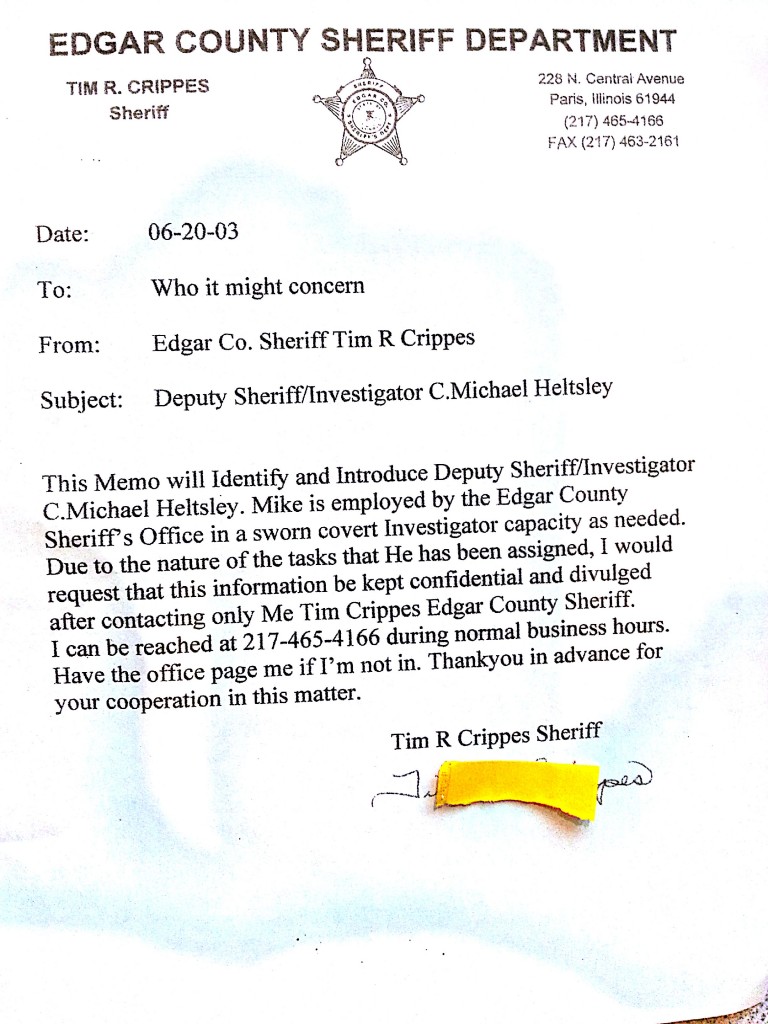