Chandra Smith, the former bookkeeper for the Edgar County Health Department, plead guilty to Class 1 Felony Theft in May of 2013 and finally had her sentencing day in court.

Posted in Judici:
Deft present with Mr. Kash; SA present. Sentencing hearing held. Stipulation on Restitution placed on file. Six letters offered as a supplement to the PSI by the defense are admitted without objection, with the exception of the last paragraph of the last letter which contains a sentence recommendation. By agreement, the Court may consider testimony of Det. Goodwin from the last hearing as evidence at sentencing. Deft makes statement in allocution. Argument of counsel heard. Court finds the state has not met its burden of proof with regard to restitution in addition to the stipulated amount. Deft sentenced to 36 months' probation under the standard conditions plus that she: 1) serve 120 days ECJ with good-time credit subject to motions to vacate on 8-22-14 at 9 a.m. and 8-28-15 at 9 a.m.; 2) perform 150 hours csw; 3) pay restitution of $21,754.85 + court costs. Appeal rights explained.

Let's hope this will be a deterent to others contemplating stealing from the gov't, or from anyone else for that matter.

What I find most disturbing about this whole ordeal, is that she had taken money from an organization that, by design, is there to provide assistance to people that may not have the money to obtain assistance in other places. She did not care what happened, it was all about her pocketbook. May she never get another job paid for with taxpayer funds.

I am posting another picture of this nasty woman so you can get a good look at her again - just keep a tight grip on your wallet when she's around and don't let her run your cash register (We've been told this isn't the first time - just the first time prosecuted)! 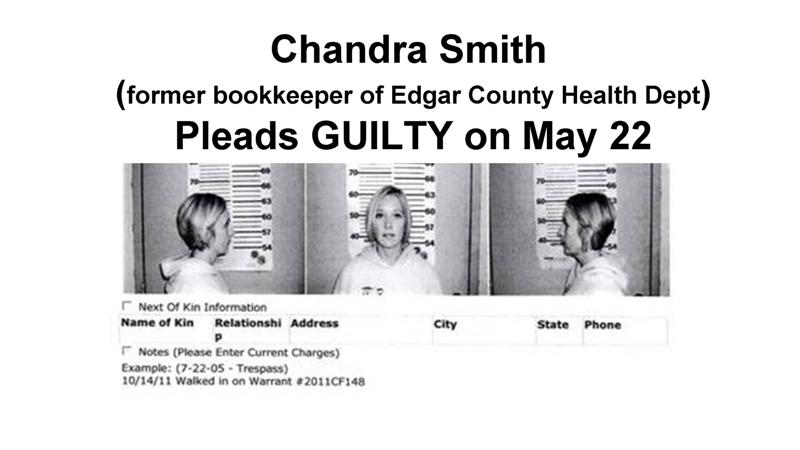