We had been asked to look into a few things up in Dewitt County, and last week was our second meeting attendance and was it ever worth the time!

Several issues during the meeting will be covered in a separate article as this one covers the events “after” the meeting.   You know, the meeting where so many people claim everything gets done?

In Edgar County it used to be the meeting at the Highway Department that never got posted and few knew about.  That’s where most things were decided pretty much in secret until we came along and demanded transparency and compliance with the law.

Back to Dewitt County!  After the first meeting I went to, I spoke with several people outside after the meeting and had some great dialog and it helped gather information from what some say is the opposition to those in charge.

After departing from there, I went to the local Hardees were several of the board members meet after the meetings.  Many claim to have their after meeting meeting. During that visit the topic of discussion was about who the Edgar County Watchdogs were and why we were in their County asking questions, contrary to some claims now made by other so called “opposition” board members.

Overall we had great visit and learned a lot as to what is going on from their perspective. From our perspective, the division in that County right now is so thick I’m not sure if a butcher knife could cut it.

After the second meeting, I again spoke with a very level headed gentleman outside after the meeting and I think the dialog was productive.  Sadly, a few piping in during that conversation refused to accept the fact that we are only seeking the truth and have no agenda in their county.

As many have heard me say time and time again, the Truth has No Agenda!  We are simply digging into some things that we were asked to look at by concerned people.  I don’t care what side they are on as the statutes don’t know sides.

With that in mind, I would suggest every person that attended that meeting take the time to do the online training from the Attorney Generals web site for the Open Meetings Act certification.  You can find it here.

The reason I think this would be a great starting point for EVERYONE that attended that meeting is because you will learn very quickly, contrary to so many opinions, the ENTIRE County Board could go to Hardees and have dinner together and no violation of the law has taken place, nor would it be a secret meeting unless the purpose of the meeting was to discuss public business.

Many were so focused on the fact a group of board members gather after a meeting that I think they are missing the bigger problem.  Have we come to a point in our society that we have allowed the law to dictate who we can visit with when not conducting business?

In Dewitt County I believe they have fallen into the same trap as many other Counties.  Some are so focused on this after the meeting meeting that they have thrown up blinders to the fact not a single one of them has a shred of proof they have violated the law, yet some are literally yelling about the “opposition” having secret meetings.  If they had that proof, may I suggest getting it to us for public exposure and/or filing a lawsuit against those violating the law.

I went to that after the meeting meeting after our first visit and I spoke with several board members (3) for about an hour and I can say without question, contrary to another board members claim, the discussion was about the Edgar County Watchdogs and who we are and what we do.  People can infer all they want but when people do that with emotion and no facts it just makes them look stupid, regardless of what party they are with.

As I said during my first visit to Dewitt County, they only have the powers granted by law.  That goes for ALL of the board members and just like we have seen in Iroquois County, Edgar County, Albion Illinois and many others, We The People have allowed politics to separate our society to a point where the division is so bad nothing gets done when in reality, nothing should get done unless it complies with the laws, no matter what political party you side with.

The People’s Business is just that!  If both sides stay focused on what the law allows them to do and only do that, there would be nothing to fight over and one side wouldn’t be calling the other “The Opposition”.   I think both sides are guilty of falling into this trap to some degree based on what I have seen and heard during our last two visits.

If We The People are serving to truly represent the people then our actions will speak louder than our words.  It will take us some time but I suspect, just like the recent events in Iroquois County, the truth will come out and we will again expose it.  As I explained to several after this meeting, we saw the same division in Iroquois County after we starting poking into things.  Many hated us, just as was expressed by a few in Dewitt.

That is OK and we accept that resistance because what we do is not personal nor for personal gain.  We simply ask tough questions and dig for fact based answers.  Doing that in Iroquois county has led to the most amazing turn of events we have seen since we started.  They took action, are taking more action, and actually addressing the exposed wrong doing and I think most have realized this is not about us exposing it. We are simply the messenger!  How you deal with the message will determine your worth as a society!

Plenty of focus on blaming someone for things that went wrong does nothing to fix the wrong.  Those in Iroquois county grabbed the bull by the horns and took the tough steps to fix it and most have admitted, they weren’t doing the job they were elected to do!  They lost focus!

I think just like in every other county we have visited, there are good people on both sides and once we can get back to the real purpose of our government and get away from personal agendas things will amazingly run a lot smoother and more efficient.

Stay tuned for an upcoming article on Dewitt County that exposes “both” sides of the isle are planning on violating the Open Meetings Act.  A recent FOIA may prove interesting on that subject! 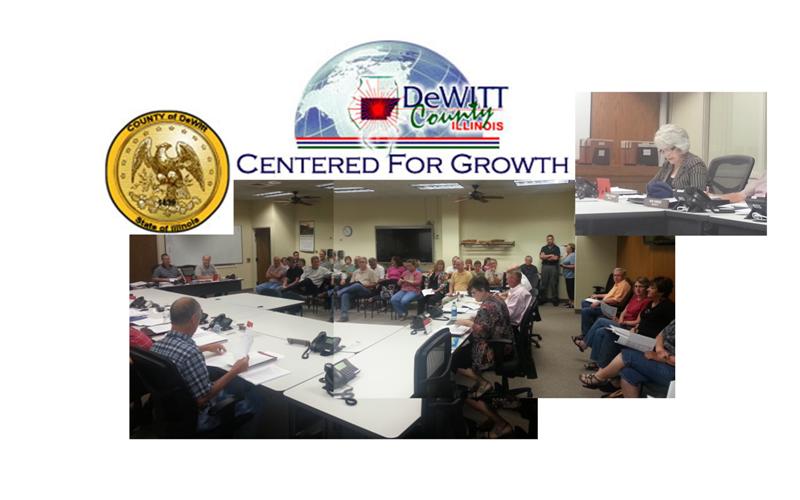