Doug Corbett is finally getting to see how good government handles things when you violate the peoples trust.

In March we attended an Iroquois County Board meeting and praised them for taking action against the things going on with the FIPHD.  I covered that meeting in this article.

During that meeting they removed three of the members appointed by Iroquois County and replaced them.  It's one of the first times we have actually seen things handled the way it was supposed to.  Sadly, one particular Blowhard chose to put blinders on and instead of facing the facts, he attacked the Chairman and ourselves for the past several months.   I chose that term because it was the very term he used towards John and I at the last meeting last week.  Boy will he love this story!

From that first meeting we continued to dig and expose and the more exposure the more courage people gathered!  Today's meeting of the FIPHD was no exception!

You know that when the agenda reports an executive session and citation of the law that outlines the reason as relating to "reasonable potential danger to the safety of employees, staff, the pubic or public/private property", something big is going on!

So what is the potential danger?

So much so that he has been STRIPPED!  Stripped from hiring anyone, firing anyone, assigning duties to anyone and from what I understand, he has no more control of the purse!

Do you think an indicator there was a problem might have been 92 employees hired and fired in the last 5 years by this guy, let alone all the issues reported in these articles?

He is out of control and the strong arm tactics he tried to use with us is part of his daily routine with many of the employees.  Well for those that doubted our fact finding and exposure you can take a breath and thank us by demanding the States Attorney take things to the next level and hold this man accountable to the laws that have been violated.

Today was the turning point for the good people of Ford and Iroquois County as two courageous nurses came forward during executive session and provided testimony regarding the FIPHD and we can only assume the actions of Mr. Corbett, as executive session minutes have not been released.  That executive session took over 2 hours from what we were told.

I think its a pretty safe assumption for us to make it was about Dougie and his actions considering the entire FIPHD Board voted unanimously to strip him of his perceived power!

What ever was covered in executive session had to be pretty compelling as up to this point the Ford County side of this board has taken the position everything is fine and even one of the local papers failed to muster the courage to report the truth.

No problem!  The truth prevailed today! My hats off to all of them for listening to the testimony and being man/woman enough to do what is right for the good people working in that agency as well as looking out for the public's interest.

Maybe in the future they will pay a little more attention to the facts we have been presenting for months and demand answers instead of attacking the messengers.

Rest assured things are far from over with Mr. Corbett as there is plenty more issues peculating to the surface like a defective septic system!

Words of wisdom for those key players that think they are going to get away with what they have been a part of, you will not and we are exposing it! 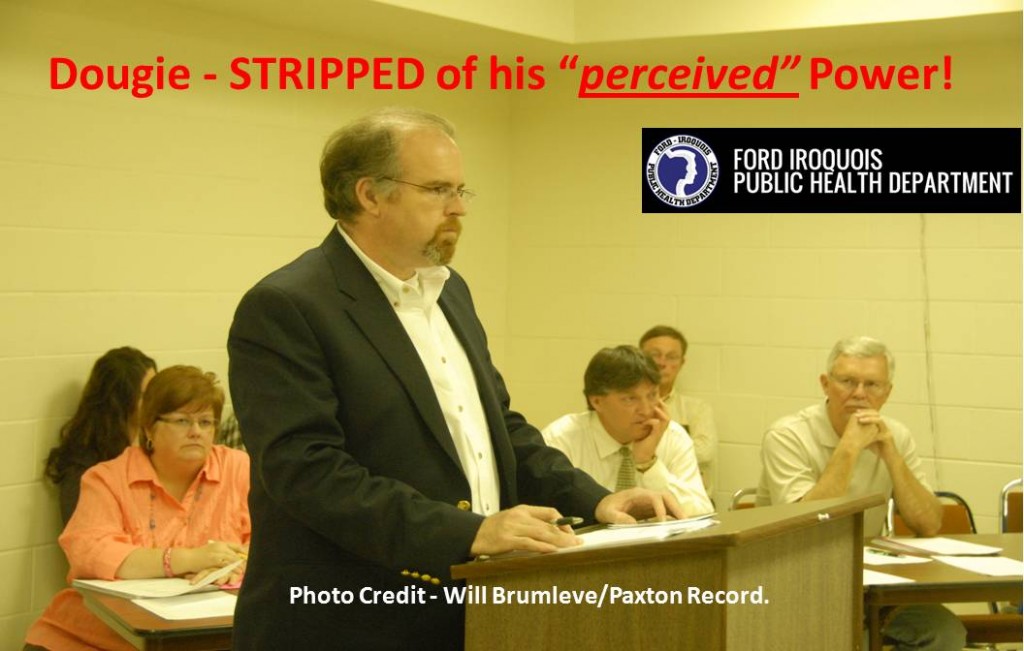