Some interesting comments, reminiscent of a Pelosi-Hitleresque regime, came out of the public session of the April 17, 2013 Edgar County Board meeting.

We know that the attempt at "not having a business in the main hangar" was prearranged prior to the airport and county board meetings between Patrick, Wells, Jenness, Heltsley, Bennett, and Hutchinson, but none of them will admit to it, probably because it would be an admission of an illegal meeting.

We got the usual "no comment" from their fearless leaders, and under Mike Heltsley's Pelosi-style of leadership he stated as fact that he signs/adopts things all the time without reading them or even knowing what they are! Aren't you all proud you voted him into office? God help us if he ever runs for any other office in Edgar County.

During my comments, I again asked for a copy of the CD that was gifted to the airport (which we still do not have). I stated that it appeared the board didn't give a damn about all of the attempts of stalling the release of public records and the self-dealing that took place at the airport under Patrick's reign. That's when Mr. Patrick decided all by himself that my language was inappropriate and threatened to eject me from the meeting if I said it again. He must not realize what constitutes language that is inappropriate and what language falls under protected speech, of which "damn" is protected speech along with several other words (including the F-word). This will be adress at a later point. 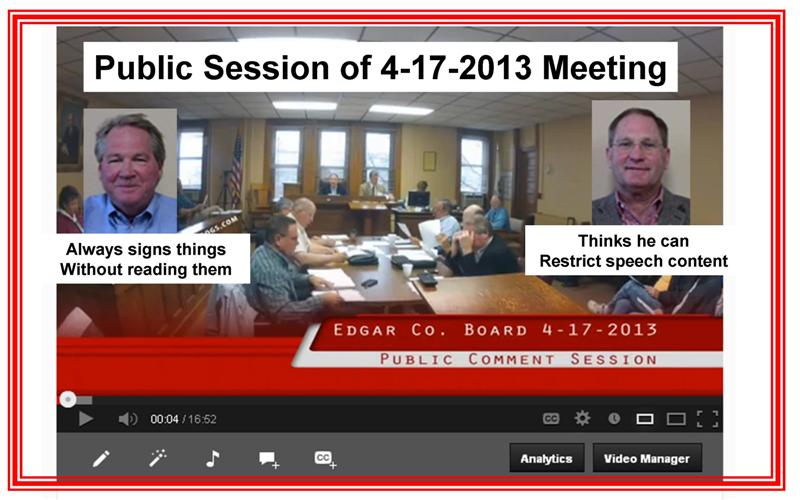