As I have said publicly during numerous meetings, if I am wrong I will stand before God and Country and admit to the error and report the correction.

I improperly reported that Chris Patrick was part of an IDOT investigation for receipt of "a" free driveway on the tax payer dime.

The actual truth to the matter is that Mr. Patrick was not part of an investigation for "a" free driveway, but TWO free driveways!

Yes, IDOT is nearing completion of their investigation and I was wrong to reference a single driveway for Mr. Patrick as IDOT uncovered that both in 2004 and 2009 Mr. Patrick received a free driveway, as in oil and chipped.

Clearly my failure to go further back in history caused an improper reporting that only a single driveway was in question and for that I am sorry.   I do find it interesting that IDOT went back as far as 2004, which when we do that we get attacked for looking back and not forward.  Oh, well, I live and learn!  Going back exposes the truth and the IDOT report simply confirms we need to keep looking back to establish the WHOLE truth!

Mr. Patrick, I formally apologize for not reporting on the second free driveway you received! 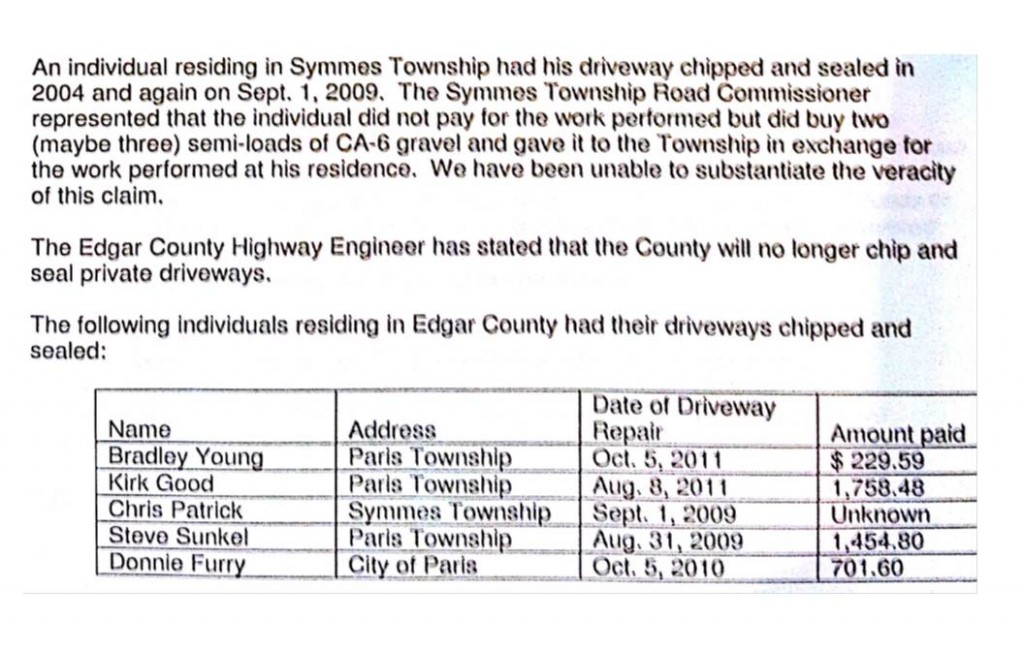