Secret Ballots – There are no secret ballots allowed during public meetings. If you cannot, or refuse to, vote in public during a public meeting, allowing God and everyone else to know how you voted, please tender you resignations as soon as possible! If you are ashamed of your vote, please do not vote at all.

For the record, violations of the Open Meetings Act are a criminal misdemeanor.

Is that all you can come up with to try and justify breaking the law?

In the video YOU even called it a ballot and a vote.

I will say thanks for the laughs we had after reading this letter!

I hope you came up with this excuse all on your own and didn’t get any words of wisdom from Mr. Character:

– A straw poll or straw vote is a vote with nonbinding results. (notice no mention of secret vote here)

What happened during the February 12, 2013 Airport “Advisory” Board meeting was an illegal secret vote in which the results of that vote would be sent to the Edgar County Board for them to appoint a new board member.

The board made a binding decision on what to send to the county board for their approval. It doesn’t get any clearer than that – watch the video.

I had wrongly assumed that they recognized their “mistake” (that I pointed out to them during the illegal secret vote) and decided to redo the vote – but according to Jimmy Wells’ response to the Illinois Attorney General, that is not the case. The board, or at least Mr. Wells, are sticking to their decision for the secret vote. Give it up guys, your backs are against the wall and you cannot justify or win this complaint!

Thanks Jimmy…for wasting more public money because you cannot grasp that the “good old boys club’s” days are now numbered in single digits. 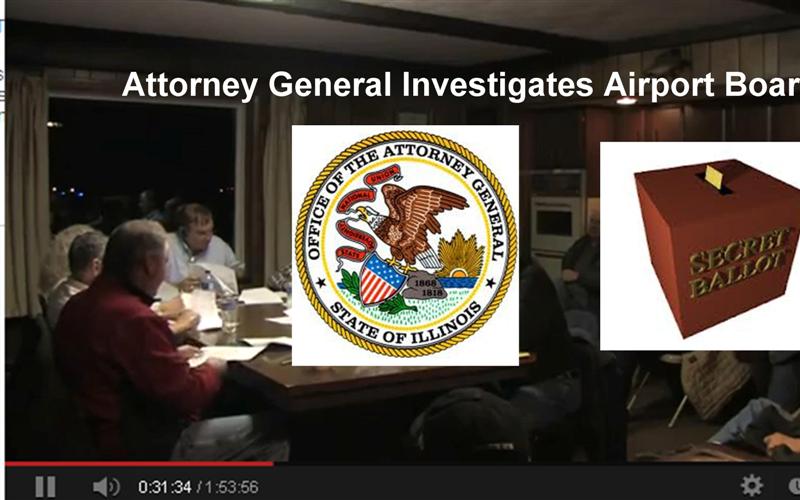