The good fortune, according to Wells, is the receipt of a CD, as in Certificate of Deposit.  Oddly, no mention as to who left such a gift but it must have been a substantial amount if it was going to be put aside for land acquisitions.  In fact, they even claimed in those minutes they were going to draw up a resolution and present it at the December meeting.

Your Mission, if you choose to accept it, read through 5 years worth of minutes and find one place where such a resolution was ever presented!

If you have taken this important step of reading those minutes, your going to find some very interesting things.  Particularly, the very CD in question doesn’t get brought up again until after the death of Jack Asher.  In August of 2010, the very same month Mr. Asher passed away, the Airport, or at least Chris Patrick, wasted no time in taking action on the CD that had laid silent for almost 2 years.

Now, for some reason, it’s important enough to make a new motion which is outlined in the August 2010 minutes.  A motion to remove Mr. Ashers name from the CD and then include both Chris Patrick and Jimmy Wells name on the CD.  This particular Certificate of Deposit was with First Bank, account number 01-4012792-8.

He shall receive and safely keep the revenues and other public moneys of the county, and all money and funds authorized by law to be paid to him, and disperse the same pursuant to law.

So why the jump from the Airport to the Treasure?  Because it turns out, as Mr. Chris “Character” Patrick has so clearly stated, the Airport Board is only an advisory board and only votes on things that will then be taken to the County Board for action.  Now if we are to believe one thing Mr. Character says you would think that something dealing with money coming into the Airport and voting to put his name on the CD would be one that surely he was not so stupid as to not present that to the County Board for action, or was he?

My Freedom of information request to the County Treasure, who is responsible for all funds in the county just happen to turn up a very interesting response.

The Treasurer’s Office has no records/documentation of CD#01-4012792-8 at First Bank. (response to the foia request)

Now how is it that a CD that clearly had action taken to put the names of county public officials on them, yet the Treasure of the County has no records or documentation of such a CD?

Is it legal for Mr. Patrick and Mr. Wells to place their name on a CD, which was gifted to the Airport?

The law says no, except in accordance to the terms of the deed, gift or legacy of such property given to the Airport.  So far, no such Deed, gift, or legacy records have been found or turned over.  Nor was any evidence of such a gift found in Mr. Ashers will, which is claimed to be the person who provided the CD to the Airport.  Even if there was proper compliance for the airport to manage those funds, it still requires an  annual report and a complete report of their acts as special trustees of that gift, as outlined in the County Airport Code of 1943, section 9.

To date, we have been met with clear refusals to turn over copies of the CD.  In fact, as recent as this morning, even after clearly acknowledging the existance and awareness of the CD, Mr. Wells has taken the verbal position he has no idea what I am talking about and knows nothing about a CD.  No knowledge, but he sends me this response to my original FOIA I sent him.

“Mr. Allen, The CD you are referring to was owned by a private donor and I do not have a copy of it. Thank You, Jimmy Wells”

From that response to a verbal response on the phone today of no knowledge of the CD!  It appears Mr. Wells is getting some pretty good coaching in his word games, however it won’t work.

The public records of the Edgar County Airport directly reflect that Jimmy Wells informed the Airport Board they had come into good fortune with a CD.  Later, the same minutes reflect it was to be used for Land Acquisitions.   Minutes later reflect the Airport is still in possession of the CD and now personal names are being placed on it – Jimmy’s personal name, and he is not aware of the CD?

What do you call it when public officials CONCEAL public records?

Time for some solid background on the law again for these public officials who think they can put their own name on public funds and then refuse to provide any information to the public, who is the rightful owner of all public property!

We the People are the owners of all public property, gift or no gift, we have a right to know a full accounting and we will not stop until this is exposed! The law, on several fronts supports our rights!

Statutes and Laws used in writing this article:

(a)    Public funds, property or credit shall be used only for public purposes.

(b)    The State, units of local government and school districts shall incur obligations for payment or make payments from public funds only as authorized by law orordinance.

(c)  Reports and records of the obligation, receipt and use of public funds of the State, units of local government and school districts are public records available for inspection by the public according to law. (Source: Illinois Constitution.)

(5 ILCS 160/1.5)
Sec. 1.5. Purpose. Pursuant to the fundamental philosophy of the American constitutional form of government, it is declared to be the public policy of the State of Illinois (i) that government records are a form of property whose ownership lies with the citizens and with the State of Illinois; (ii) that those records are to be created, maintained, and administered in support of the rights of those citizens and the operation of the State; (iii) that those records are, with very few exemptions, to be available for the use, benefit, and information of the citizens; and (iv) that those records may not be disposed of without compliance to the regulations in this Act.
(Source: P.A. 92-866, eff. 1-3-03.)

(5 ILCS 160/4) (from Ch. 116, par. 43.7)
Sec. 4. Any person shall have the right of access to any public records of the expenditure or receipt of public funds as defined in Section 3 for the purpose of obtaining copies of the same or of making photographs of the same while in the possession, custody and control of the lawful custodian thereof, or his authorized deputy.
(Source: P.A. 92-866, eff. 1-3-03.)

(620 ILCS 45/9) (from Ch. 15 1/2, par. 92)
Sec. 9. Any person desiring to make any donation or legacy of any money, personal property or real estate, for the benefit of such airport, shall have the right to vest the title to the money, personal property or real estate so donated, in the Board of Directors, to be held and controlled by such Board when accepted, according to the terms of the deed, gift or legacy of such property, and as to such property, the Board of Directors shall be held and considered to be special trustees and shall include in the annual report a complete report of their acts as such trustees.

(5 ILCS 140/2.5)
Sec. 2.5. Records of funds. All records relating to the obligation, receipt, and use of public funds of the State, units of local government, and school districts are public records subject to inspection and copying by the public.

(5 ILCS 140/3) (from Ch. 116, par. 203)
Sec. 3. (a) Each public body shall make available to any person for inspection or copying all public records, except as otherwise provided in Section 7 of this Act. Notwithstanding any other law, a public body may not grant to any person or entity, whether by contract, license, or otherwise, the exclusive right to access and disseminate any public record as defined in this Act. 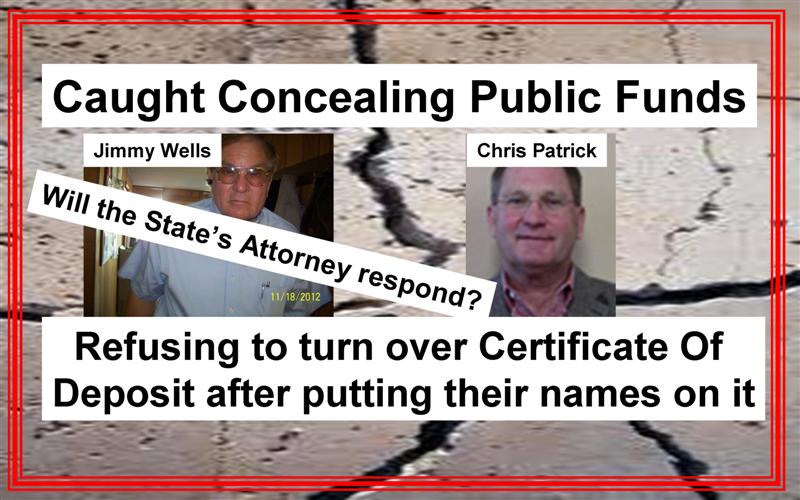