I took the liberty to extrapolate key points from Attorney General William Scott’s written opinion on Conflicts of Interest as outlined in File no. S787.

I cannot take ANY credit for this information, as all I basically did was apply that ruling to the current Conflict of Interest Mr. Character has at the current time, and lay it out in the most basic format so everyone can relate and understand it.

The Prohibited Acts statute is very clear, however, since we have identified Chris “Character” Patrick doesn’t quite understand basic level reading, I thought I would break it down, step by step.   Lawyers call that Judicial Construction

The prohibition contained in the first sentence of section 3 of the act, consists of five elements.

It is clear that Chris “Character” Patrick occupies an office derived under the laws of this state. People ex rel. Smith V Wabash ry. Co., 374 Ill. 165

This element was construed in the case of People Ex rel. Perasall V Sperry, 314 Ill. 205, which involved a construction contract between a contractor and a city in which various city officers, who were involved in the making of the contract, were also, at the time of its making, employees of the contractor.  The court construed the language “directly or indirectly interested in the contract as follows.

“ *** If we attach any significance to the words used by the statute, “direclty or indirectly intersted in the contract,” we think the concludsion cannot be escaped that the officers of the city, who are also employees of the contractor, must be considered as indirectly interested in the contract, without regard to the fact that they derived no direct benefits from the contract itself. They would be more than human if they could make the same fair impartial contract with the contractor, as they could with another party with whom they had no relation by way of employment or othewise.  We have no doubt that the officers, who signed and particpated in making the contract, did so without any intentioanl bad faith, and that the same is true of the contractor; still, we are clearly of the opinion that the court property held that  the contract was VOID within the provisions of the statute.  The three city officers, who signed on the part of the city, had such an interest in the business and welfare of the contractor in this case as would naturally tend to affect their judgment in their determination to let the contract.”

5th grade reading comprehension clearly points to a DIRECT interest as it relates to Mr. Character’s owning of a business that is doing business directly with the very public body he is elected to.

Now, so that there is no confusion on this second element, reading Paozzo V. City of Rockford 306 Ill. App. 443, which also examined the element of interest, its clear element number 2 applies!

“ *** The general  rule is, that relationship of a pubic officer to a contractor is not a disqualifying interest making it unlawful for an officer to be interested in public contracts without PROOF that the officer has a pecuniary interest in the contract.  Thompson v. School District, 252 Mich. 629 233 N.W. 439, 74 A.L.R. 790, and cases cited there in the annotation, page 792 et seq.; Tuscan V. Smith, Supra.”

Do we need any other proof that Mr. Character has a pecuniary interest in contracts with the county or any of the intergovernmental agreements the county has with other public bodies?  I think not!

Need I say any more on that one?  As the County Board Chairman, merely being empowered to act or vote is deemed sufficient and case law supports that fact!

Third down and Two to go!

Sure seems like this is getting clearer and clearer as we disect the 5 elements of the law.  Mr. Character was advised by IDOT that the contracts he signed would not be acccepted because of the Conflict of Intersest.  I believe it’s a very safe bet to say the “timing” supports a violation of section 3, but just to be on the safe side, let’s not forget Mr. Character provided 3 invoices, in his capacity as owner of Zimmerly Ready Mix, to the County for payment.  The very county that he was elected to be a county board member.  In that capacity, he called to a vote the paying of the bills.  He was empowered to vote.  That action constitutes perfect timing to support a violation.

Either the failure to terminate, the payments to himself, the contracts he signed, or the withdrawal of  bid requests can be said to constitute the making or letting of a contract, and if they occur while he is in office, a violation of section 3 of said act, would , in my opinion , have occurred.

I believe under the circumstances you should be arrested and charged with this violation of the law as well as the Official Misconduct statute.

However, Dont Take My Word For it!  Read the entire 19 page opinion and see for yourself!  I assure you, when you are done reading legal document you will realize very quickly the Conflict of Interest Mr. Character has is only the begining as it relates to the exposure of other Conflicts in this County!

In ascertaining the meaning of a statute, you may not use only the language used, but also the nature and subject matter of the Act, and the object or purpose to be accomplished by it.

In United States v. Mississippi Valley Generating Co. (1961), the court said: “The purpose was to guarantee the integrity of the federal contracting process and to protect the public from corruption which might lie undetectable beneath the surface of a contract concieved in a tainted transaction***It is this inherent difficulty in detecting corruption which required that contracts made in violation of Section 434 be held unenforcable even though the party seeking enforcement ostensibly appears entirely innocent.”

The corruption sought to be checked by said section is the self-dealing by public officers. 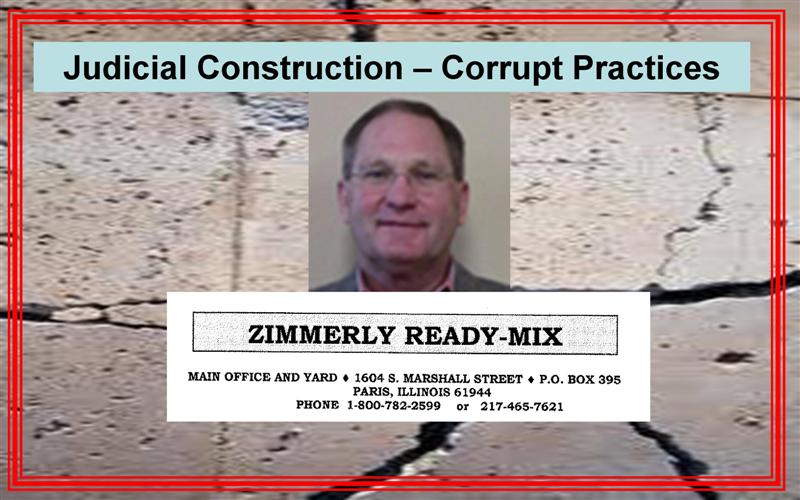