Oh How The Plot Thickens for Chris Patrick

Oh How the Plot Thickens in Edgar County, and the ongoing issue of a reported Conflict of Interest concern from the State to Chris Patrick.

I have covered it at length with updates as often as they come in but I think what we have now uncovered, through that pesky right people have called Freedom Of Information, is quite damning for Mr. Patrick.

With this information you need to understand the timeline of all these events!

That totals $895.63 in invoices provided by Zimmerly Ready Mix to the county in the first three weeks of Chris Patrick being on the board, all after being informed of the Conflict of Interest dilemma by the state.

All of those invoices were approved for payment at the January 9th, 2013 County Board meeting, of which Chris Patrick was the Chairman of.

Even though appropriations for those projects took place prior to Chris Patrick taking office, the law doesn’t change when it comes to profiting from the supplying of materials to a public body that you are in charge of and approving payments for those materials.

The fact that Motor Fuel Tax was used leads to other concerns that directly involve the state, as they are the ones required to enforce the MFT guidelines and they have made it clear, there is a conflict of interest issue that must be addressed.

Considering we KNOW that every county board member is aware of the conflict of interest issue, how is it that these bills went through for approval and NOT A SINGLE Board Member said a word or raised an issue.  I suspect it reflects no one is really looking at what is listed since there are so many claims.  We have seen that with numerous public bodies.  Go through the motion and never notice what you’re actually approving!

You would think at a minimum someone would have turned to the State’s Attorney and at least asked a question regarding the legality of payments to the company owned by the County Chairman!

Chris Patrick, the sitting County Board Chairman, who has been advised by the state there is a conflict of interest issue that needs resolved and this very same person not only continues to supply materials to the very public body he is representing, but submits invoices to be paid for that material, which is completely outside the scope of the law.

By the way, Both Mr. Jenness and Mr. Voigt KNOW and have been advised they can’t offer their goods or services and knew that the day they took office and best we can tell have not violated the law in that regard!

So how is it that Chris Patrick can do this and get away with it?

He cant, provided a county Officer stands up for what is right by the law and takes action.

Powers and duties of State’s attorney.

(a) The duty of each State’s attorney shall be:  (3) To commence and prosecute all actions and proceeding brought by any county officer in his official capacity.

Either the County Highway Engineer or any County Board member or all of them can take this matter to the States attorney for the proper resolution.  Who among them has the courage to stand up and fight for what is right and just?

Even more disturbing is the fact this is not the first time such transactions have taken place.  As the Chairman for the Airport Board, Mr. Patrick was allowing his private Company, Zimmerly Ready Mix, to deliver ready mix to the airport for projects and submitting bills to get paid for those projects.  That was covered at length in this article.

Knowing how these people operate, I made sure I gathered all the documents in order to represent the pattern and provide substantial evidence of what took place on those airport projects.

By contract (item #9) Jimmy Wells can’t approve any project that exceeds $500.00.  We know at least 5 projects well exceeded that limit so someone had to approve it.

We know the county Board didn’t approve it because there is no mention of such approvals anywhere in those minutes!  In fact, the only thing approved in the County Board minutes is the bill from the projects that happened well in advance of generating the bill!

If Jimmy Wells approved this action then he would be in violation of his contract for employment.  Wanting not just a paper trail but first hand verbal confirmation I asked Jimmy about those projects.  As reported previously, he had no clue about them.

If he had no clue about them then why is his name found on the claim forms  submitted for payment to the county board?  When a person says they have  NO CLUE yet their signature appears on the very claim form submitted then most would agree, someone has a problem with either the truth or they have lost their memory!

Both would be grounds for dismissal in any normal business in this world!

Where was Mr. Patrick during all these projects?  As the Chairman of that board who is supposed to be the authority in approval of such projects it leads to more concerns that this operation is being ran by the seat of the pants with no regard to what the law is nor what is in a contract with the General Manager.  It’s yet another good-ole-boy program that has been out of site and out of mind and doing as they wish, the law be damned.

And before Mr. Patrick tries to tell people that the board is strictly an Advisory Board, which is his most recent mantra, that is not the case!  Back to that pesky FOIA law where we received a copy of the contract for Jimmy Wells that spells it out pretty well in item #9!

Make NO expenditures binding the County in Excess of $500.00 without prior approval of either the County Airport Committee or the County Board!

That very clause gives the power to the Airport Committee to approve expenditures, contrary to what Mr. Patrick now claims, which is that they are only an “Advisory” board.

So why would they only be an advisory board now?

If they are a board with approval authority, which they are and have been by the very contract in place with the Airport Manager, it puts Mr. Patrick in a real precarious position as it pertains to the Prohibited Acts statute and the Official Misconduct statute, so of course he now needs everyone to believe that it’s only an advisory board, contrary to the facts!

If Mr. Patrick wishes to now make that claim, it is a lie!  The facts of the matter tell the truth as the Truth has No Agenda!  Those facts reflect the Airport Board regularly approves matters pertaining to the airport!

Virtually each set of minutes we have looked at has the board taking action and approving matters.  If they are only an Advisory board then why would there be any action taken?

And just so there is absolutely no way to twist the truth on this Mr. Patrick, this is a direct quote from Jim Keller as recorded in the September 2010 minutes that clearly provides powers well beyond an Advisory capacity.

“Chairman Jim Keller explained the makeup of the Airport Advisory Committee at present and noted the committee has 4 voting members, Chris Patrick, Glenn Hutchison, Jake Payne and Dale Barkley who were appointed by the Edgar County Board.  The Board also appointed the Operator and Manager of the Airport, Jimmy Wells, who serves to advise and clerk the Committee without voting powers and that these 4 voting members serve with the 3 Airport Committee members, Kevin Trogdon, Jeff Poynter and Verlin Funkhouser.”

Jimmy Wells serves as the clerk?  Then why didn’t the Clerk have the agenda prepared for the last meeting? Another example of not doing his job?

This leads back to one of our questions that has yet to get answered, What Statute is the airport operating under?  It is important because the make up of the board is determined by the statute, NOT Jim Keller’s discretion!

Thousands of dollars of Zimmerly Ready Mix from Mr. Patricks’ own company provided to the Airport all while he was in fact an appointed voting member of the public body submitting payment requests of which he had full voting authority as issued by the County Board.

Now if that is not a Conflict of Interest I don’t know what is!

If all of this information can be substantiated, which it can, should Chris Patrick resign, be charged with a crime, or BOTH?

Call your representative and demand accountability! 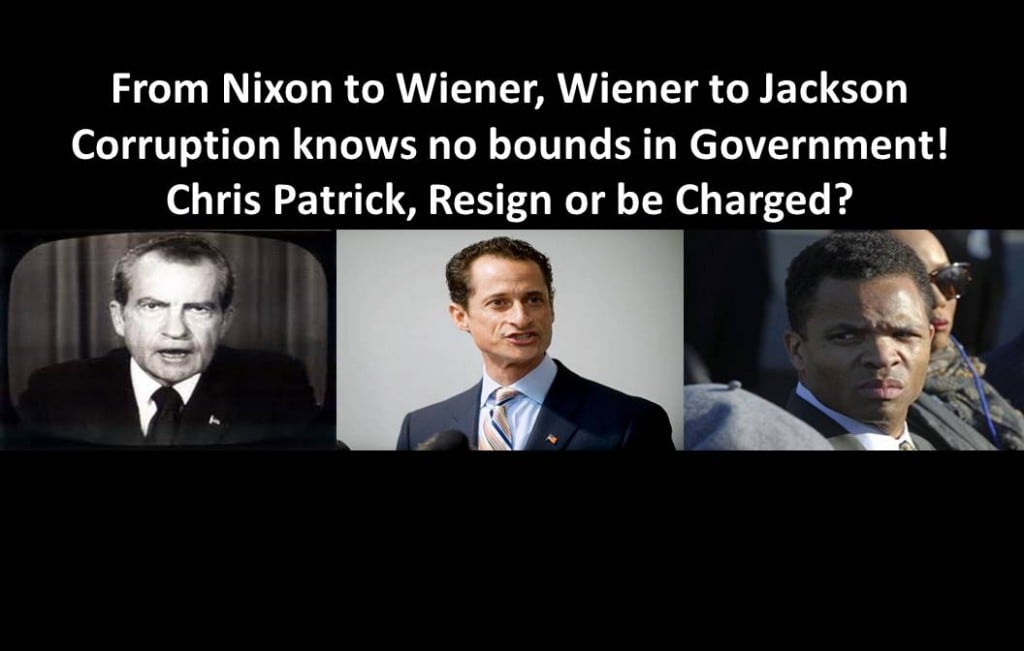