**A MESSAGE FROM SHERIFF JERRY PARSLEY**

I have received multiple private messages inquiring about my stance on the recent firestorm of gun control issues coming from Washington D.C. and Springfield IL.
In addition I have spoken with many people asking my position regarding this issue.
Let me start by saying that the safety and security of the people of Clark County is first and foremost in any d…ecisions I make. For anybody that knows me they most likely already know my position on the 2nd Amendment. For those that don’t, let me make it clear. I am a VERY strong proponent of a person’s right to defend themself, their families and their homes. In my 31 years with the Sheriff’s Office I have went on several calls where residents have had to defend themselves, and they were well within their rights in doing so.
As your Sheriff I take the responsibility in assuring that the law protecting you and protecting your rights are maintained.
I have taken an oath to protect and defend the Constitution and will do just that.
Although we have had terrible tragedies in our country the evil people committing these atrocities are the ones that must be held accountable, not law abiding citizens.
That being said, this Office will not enforce any unconstitutional law or Executive Order in that regard. It would appear that we are a long way from either happening, however I believe no man made law can take away a person’s God given right to defend themself! I hope this clears up any questions which any of you may have had. If you have any questions please feel free to call me personally at the Sheriff’s Office or send a private message which will be forwarded to me.
Sincerely,
Sheriff Jerry Parsley
https://www.facebook.com/Clark.County.Sheriff 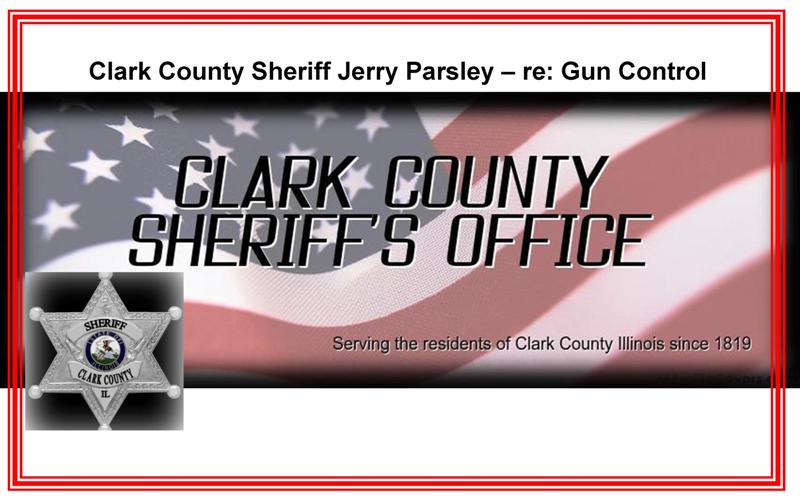