As mentioned in Part I, it is encouraging to see so many of the recent issues we have been covering of public concern finally showing up in the local paper.

However, again there needs to be some clarification on the printed information in relation to the facts and the statutes these public officials are bound to, so that the public can better assess what is really going on.  Some of those facts I know the Beacon are aware of as they were at the same meeting I was, however, several other issues they may not be aware of without further digging into the statutes.

How does a person deny any hostility exists when this e-mail is provided just three months earlier?  As you can see the email was provided to the paper but no clarification or follow up provided.

Adverse if not Hostile!

If that is in fact the truth, do you think the people might want to know why their rates are higher than any similar organization?  Claiming that they operate so efficiently and have less cost than others all while charging more than anyone else “should” lead to a demand of answers!

As you can see, for water utilities with over 1000 customers the rates the Clark Edgar Rural Water District, which is over $41.00 for the first 2,000 gallons, far exceeds that of any other water utility listed in the ICC document.  (Link to ICC page for water rate comparisons.)

If what was expressed by Sandra Neal is expected to be believed then can someone please explain why our rates are higher than any of those listed with the ICC and going up 5% every year?  The idea that this somehow represents operating efficiently makes one question the definition of “efficiently”.

Please tell me this is nothing but a typographical error?  Potential?  How does ANYONE perceive their letter to be reflective of a “potential” conflcit of interest?  I covered this in great detail HERE to include all the documents that pointed out that there IS a conflict of interest, not  perceived one!

Really? A perceived conflict as it relates to the selling of concrete for county projects?  I know the Beacon reporter received a copy of the letter but did he read the letter?

“The District is aware that Mr. Patrick has attended the County road and bridge committee meeting since he has submitted his recusal letter.  As outlined in the letter from this office dated Januray4, 2013 to the Edgar County Bord, IT IS A CONFLICT OF INTEREST for Mr. Patrick to participate in ANY discussion of ANY federal and/or state funded County or Township highway improvement in which he would have a direct or indirect financial or other personal interest in the improvement.”

“Should the Chairman continue to execute agreements or other documents and/or attend meetings that include discussions of projects using state and/or federal funds for County or TOWNSHIP improvements it may result in the county losing its ability to use state or federal funds in the future. “

Really? What lead to that quote from Mr. Lacky?

During the public session I specifically spelled out that Chris Patrick was elected to perform those duties outlined in the statute and that he has an obligation to perform those duties and the placing of his personal financial interests ahead of the interests of the very people clearly exposes the conflict of interest.   Why is it so hard to hold these people accountable to the statutes?  Isn’t that what the media used to do?

To get the entire audio of the two meetings you can download them here.

We the People only want accountability! 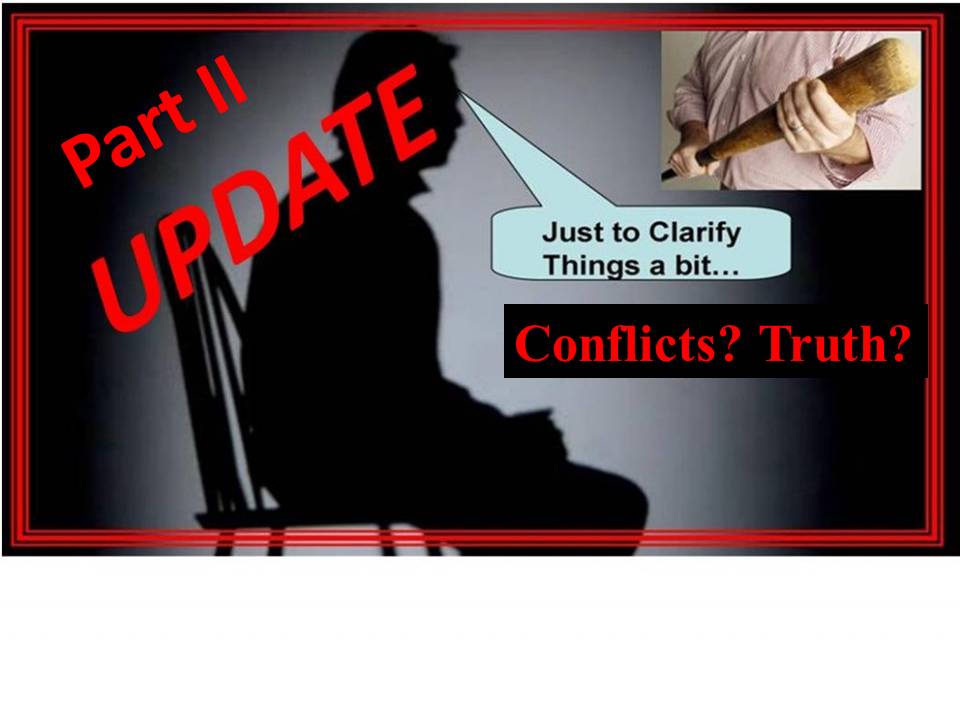