Did You Know They Raised Your Taxes?

Did you know that your taxes can go up every year until a mandated limit is hit and you have no say in the matter?

All public bodies that turn in a tax levy can increase that levy 5% every year without ANY input requirement from the public that pays it.  It is entirely up to the elected or appointed board members to raise it and most every public body does this EVERY YEAR!

I first became aware of this when I was asked to fill a vacancy on our Township Board.  Sid Justice was our Township Supervisor at the time and doing a fine job if I may say so.  It was he who first exposed me to this process as he took steps to NOT raise it, even though we could.

After years of learning this levy process, it has become very clear that virtually every public body raises their tax levy EVERY year by 5% just because they can!  That’s right, 5% is the limit it can be raised, up to the maximum levy allowed by the state.  If you want to raise the tax over that 5% they must have a Truth In Taxation Hearing that must be published with very specific rules in order to raise your taxes.

No less than 1/8th page, 12 point font size, no less 1/4 inch wide black boarder and it SHALL NOT be placed in that portion of the paper where legal notices and classified advertisements appear!

For those in Paris District 95 and Kansas District 3 do you remember seeing those notices in the paper?  If you missed it, rest assured those in District 95 have a reason to protest your taxes unless it gets corrected, which we will keep you posted on!

So why would a protest be in order for District 95 and not District 3?

Rule of law counts!  Attention to detail counts!  Doing the job your getting paid to do correctly has consequences when you don’t do it right!

Both District’s truth in taxation publications were done incorrectly, however, District 3’s levy is valid as submitted while District 95’s levy is not!  The very last paragraph of the statute outlines some very key information that permits the District 3 levy to stand, thanks to the good work of Leigh Ann Heltsley who followed the letter of the law in her instructions to the paper.  Although I don’t care to see my taxes increase it is only fair to point out, they did it right and sadly we will have to pay more taxes again in this district.

(35 ILCS 200/18-100)
Sec. 18-100. Defective publication. A levy of a taxing district shall not be invalidated for failure to comply with the provisions of this Article if the failure is attributable to the newspaper's failure to reproduce the information in the notice accurately or to publish the notice as directed by the taxing district.

As you can see, Leigh Ann provided exactly what the statute outlined, however, when you see what the paper published, it is clear the newspaper failed to follow instructions!

Clearly, the newspaper DID NOT provide a black border no smaller than 1/4″ however the fact that it was a newspaper screw up the levy stands because the instructions were spot on!

However looking at District 95 information we can clearly see the screw up was not that of the newspaper!

Failure because the following errors can be found in the publication:

The levy is invalidated because the instructions received by FOIA request  failed to provide the specific details as outlined by the statute, thus it is not the papers fault!

District 95 provided instructions to the paper

Although the statute reflects this is grounds for invalidating the levy, I think an argument could be made that only the portion of the levy that exceeds the 5% limit that required the publication and hearing would be invalid, but that is a legal determination that will have to be made at the Clerk’s Office.

According to Superintended Connie Sutton, she will publish a notice explaining the problem and to state they will levy no more than 5% as a result of it.  Considering they were seeking a 9% tax increase I think most would appreciate every penny they can keep in their own pocket instead of it going into the government’s pocket.

What raised this issue in the first place was another watchdog group in Crawford County that identified the problem with Roger Eddy’s home turf, Hutsonville School District #1.  Turns out, three school districts in Crawford County held hearings to raise taxes, and only one of those had proper notice.

These two didn’t have the proper border on the notice as it was under 1/4″!

We will be looking into the rest of the Edgar County school districts to ensure compliance as no one should have their taxes raised if the law wasn’t followed! 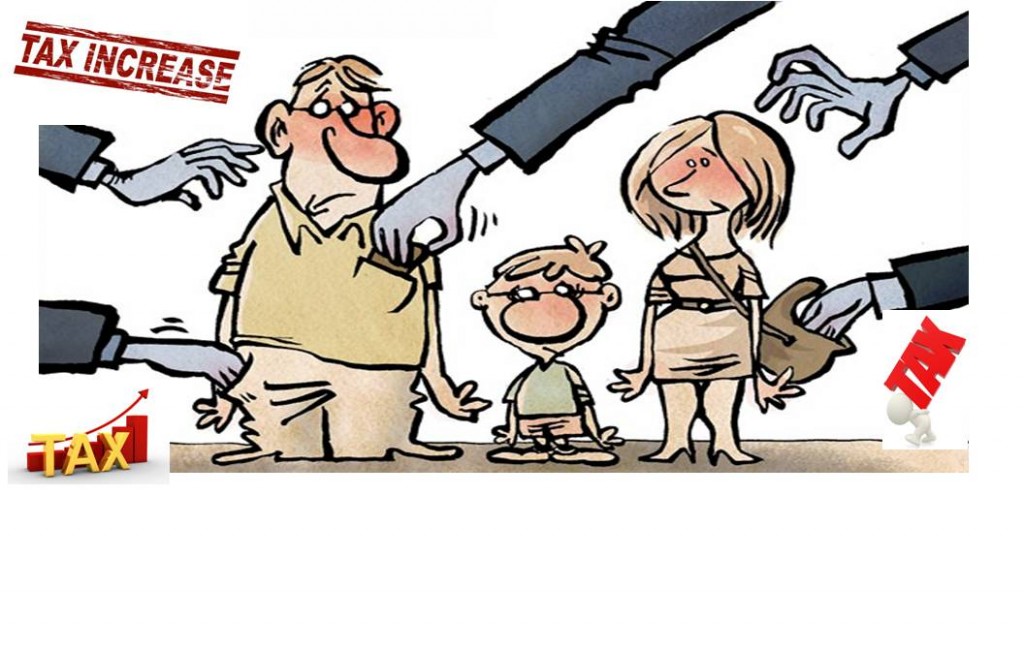