Following up on our October 7   article, the Illinois Attorney General reviewed our complaint against the Village of Redmon holding an illegal meeting and assigned it as 2012 PAC 21367 (read it below).

Our complaint was found valid, with the AG office confirming that the Village of Redmon did, in fact, hold an illegal meeting and advised them to ensure meeting agendas are properly posted in the future.

We did ask that action taken on contracts during the meeting be declared VOID, but since work had already begun under the contracts there wasn't much the village could have done to fix the problem.

While we did achieve the desired end result, verification the Open Meetings Act was violated, the bigger picture here is that public officials need to read the statutes pertaining to the business they are conducting. Don't rely on an outdated handbook, read the actual statutes.

Another item on our "unfinished" list from Redmon is the fact that the CERWD is illegally providing water to the Village residents, and that the Village Trustees performed an act beyond their authority in allowing the CERWD to provide said water. We will update that as we obtain information. 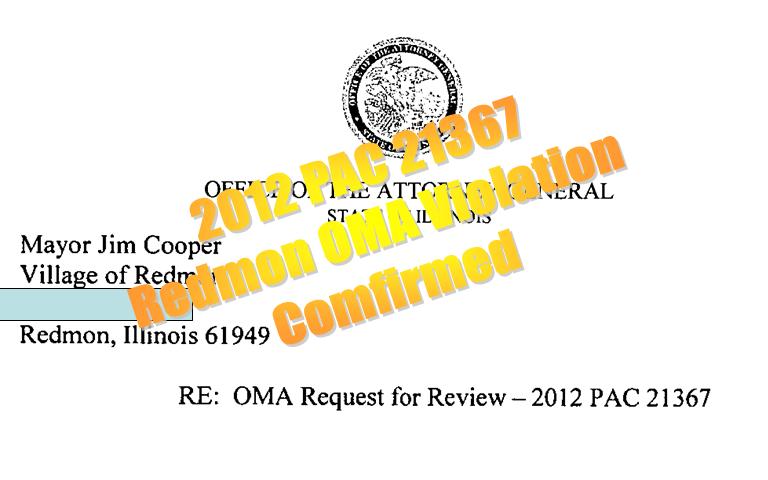