Shelby County – OK For Me, Not For Thee

The Shelby County Board meeting had several speakers during public comment however one in particular drives home one of the very points we have been making for years.  Public sector employees and elected officials believe critical thinking is only permitted if you are an attorney.  This theme always comes up when the people start demanding answers from their government.

According to Kayla Garman, a non-lawyer of the Shelby County State’s Attorney’s office, it’s OK for her to point to the law and say what is or is not legal but apparently not for anyone else unless they go to law school.

“If you want to give your legal opinion, go to law school”

How special that a person who is not an attorney can give her legal opinion and after doing so tell the citizenry if they want to give theirs they need to go to law school.  Are we the only ones that see the hypocrisy in her comments? Condescending would be an understatement at best.

We continue to see public sector employees and officials push a narrative that basically people are too stupid to understand the law and that we should leave that to the lawyers. Shelby County Board member David Swits did much the same thing when a board member simply read from an Attorney General Opinion and Case law.  He wanted to know if the board member had graduated from law school or had a law degree.

Garman properly pointed out that I was not an attorney when I chuckled at her comments.  Had she been willing to have an actual discussion she would have learned why her comment on this issue is so funny to me and worthy of the chuckle.  I was not an attorney when I won my FOIA lawsuit pro se against the Attorney General.  I stood before a judge and exercised my right to represent myself and that required me to understand the law and apply it.  I did so for about 4 hours and the result, I won my case and proved the lawyer wrong.  When I filed that case, people said, you’re not an attorney or you can’t do that, or you cant win.

History is filled with critical thinkers who are more than capable of reading and comprehending laws written by our legislature, of which many are not attorney’s

History is where I will default to on this topic.

Of the 56 signers of the Declaration of Independence, 25 were lawyers — merchant and plantation owner were other popular occupations of our founding fathers.

Of the 55 framers of the Constitution, 32 were lawyers.

Anytime a person implies that you are not allowed to offer your perspective or opinion of the law, they are basically calling you stupid in our opinion.

The videos are set to begin at the time Garman made the comments quoted above. 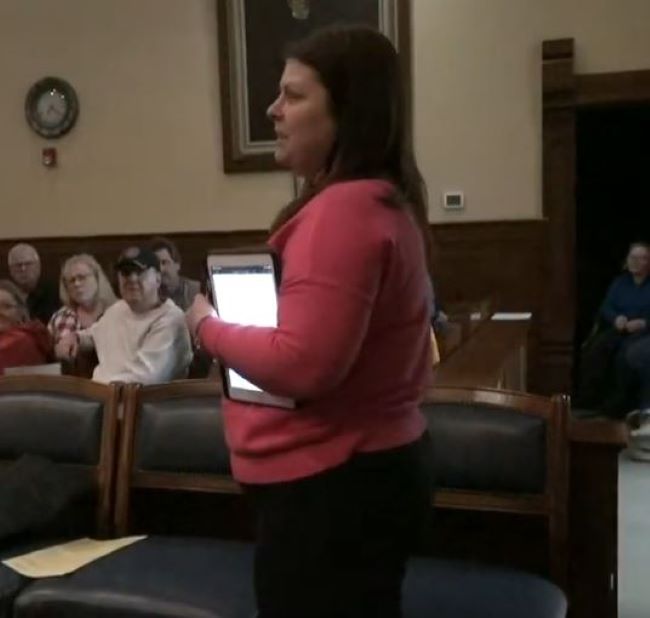