Shelby County Board Member Gary Patterson has once again placed himself under the microscope by making certain claims during meetings which some of us knew were not true.

During the December 2021 County Board meeting, a board member presented several AG opinions and case law regarding limitations of county board powers related to forcing another elected official to do as they wish. The entire discussion can be viewed in the video below.

The Shelby County board has been trying to force the Treasurer to outsource payroll, which to date we have not found any supporting case law or AG opinions for such power of a county board.

After the board member presented solid information as to why the county board cannot force the treasurer to outsource payroll, a question was asked as to how many other counties are doing that.  It should be noted, outsourcing payroll was the issue being raised.

Gary Patterson claimed to have done a survey last year and confirmed two counties were using software from Paycom.  We note that no one asked what software was being used by other counties.  The question was about identifying counties that outsource their payroll, however, Patterson’s response is misleading at best, deceptive at worst.

After the meeting, I specifically asked Patterson if those counties were simply using the software or were they actually outsourcing their payroll.  He confirmed they were outsourcing with Paycom.  I went to great lengths in my discussion to ensure Patterson understood my question and even explained how I use payroll software from a private company, but it is I who controls all the inputs and payments.  He insisted the two counties in question outsource all their payroll.

What those counties do is utilize the Paycom software.  Shelby County invested in Computer Information Concepts Inc. software which costs over $50K and handles all the county finances, including payroll.  There is no need to pay to use another company’s software when you already have software that can do the same thing.

Both counties named by Patterson confirmed it is county personnel that manages their payroll using Paycom software.

With confirmation neither of the counties named by Patterson outsource Payroll, it once again supports why we demand proof when public officials make claims.  All too often they say things to sound important and to deflect the conversation to support their agenda.  This is becoming a common pattern for Patterson.

He was recently exposed for his false claim in this article about having certain items in writing only to have to back-pedal after the information was requested and exposed he did not have what he claimed to have. 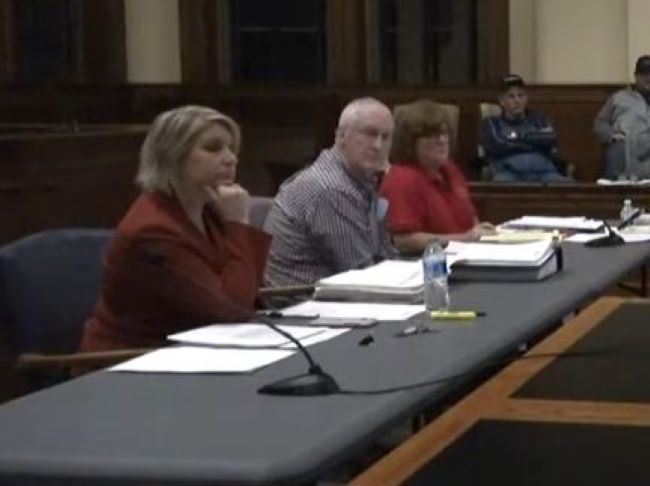