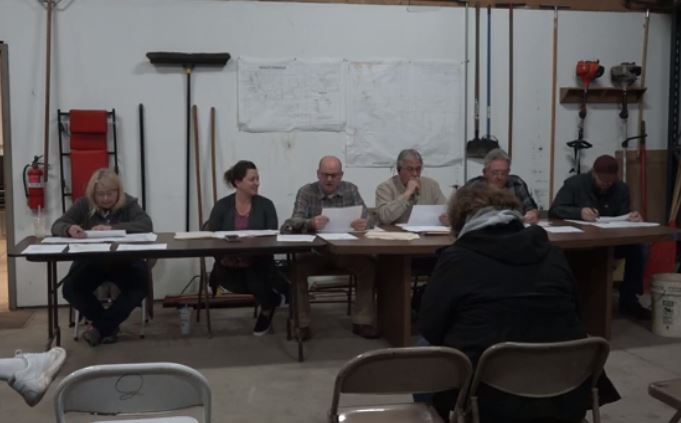 During their last meeting, the Wesley Township Board of Trustees appointed a Township Assessor, Ann Crickman, and she took her oath of office.

Later in the meeting, when the board and supervisor were expressing their displeasure of recent Freedom of Information Act requests and having to produce certain cell phone bills from their personal phones subsidized by taxpayer funds, they were discussing purchasing cell phones for the Assessor, Supervisor, and Clerk to use for official business.

The Clerk mentioned she researched phones and plans and came up with purchasing the following:

Never mind there are other plans which will give you a free (or cheaper) phone and cheaper service, they must have felt they needed iPhones. So be it.

After lengthy discussions, the newly sworn-in Assessor mentioned that a simple Google phone number would work and would possibly make it where official calls could be separate from personal calls simply by using the free Google phone number for official business. You can receive and make calls and text messages with Google phone.

We agree and applaud the cost savings of her suggestion.

Back to the Freedom of Information Act; some people dislike transparency, and this township is no different. With false claims of intimidation via FOIA requests, to claims that people should be able to call their elected representatives without everyone knowing about it, we disagree. A record of a phone call is no different than a record of an email or text.

The Legislature intended openness by declaring it as a public policy of the state:

When the Legislature describes something as a "primary duty" and as a "fundamental obligation" and announces the public's "right to full disclosure" and that the public is "entitled to full and complete" information, we believe the Legislature intended what they codified in law.

Something codified as a "primary duty" means that thing (open records in this case) is equal to or the most important thing an employee or officer does as a public official or employee. A "fundamental obligation" is a course of action of the most basic importance of what people are legally bound to.

The previous and current township administrations have failed miserably in this duty and continue to do so.