During the August 1, 2021 hearing related to asset discovery, Wesley Township gadfly and former appointed highway commissioner John Norton once again showed the court he is both ignorant and has no problem lying to the court.

Let’s break some if it down:

THE COURT: Okay. Mr. Norton, sir, can you raise your right hand, please?
MR. NORTON: I still object under the, Um, fair exercise clause of the First Amendment as going against my religious beliefs to do that.

During a July 11, 2019, hearing, Norton did not raise any concern with raising his right hand or taking the oath with the exception of the last line of the oath.  (See page 33)

Norton would do well to learn what the actual Free Exercise Clause is all about before making a spectacle in the courtroom.  For the record, The Free Exercise Clause protects citizens’ right to practice their religion as they please, so long as the practice does not run afoul of “public morals” or a “compelling” governmental interest.  The compelling governmental interest in this matter getting honest answers in a judicial preceding of which he himself brought upon himself with his frivolous lawsuit that has now led to a financial judgment against him.

So during the July 26 hearing, he confirmed the vehicle he drove in the month of June, 2021, was in fact insured. He was required to bring the proof of insurance to the July 1 hearing.

Norton: It’s been the same policy, and I have the last valid insurance card which expired April of this year.

If the insurance expired in April of 2021, then he lied about it being insured when he drove it in June of 2021.  I wonder if Norton can spell “perjury”?

MR. HANLON: I checked CyberDrive Illinois, and he also had a page from CyberDrive that he added, and somehow the two deceased individuals renewed their license plate in March of this year.

So Mr. Norton, how did your dead parents renew their license plate in March of this year, 9 months after they died?  Could this point to forgery?

MR. NORTON: I didn’t make the — I stated clearly for the record I did not make the payments. My dad did because he was still alive.

So in one hearing, he insists he has not made payments for the insurance, and in another claimed he did.  Another perjurous statement?

MR. NORTON: Let’s see. Back up three months from June 8 of last year.
THE COURT: Okay.
MR. NORTON: I went and made a payment — took care of a payment for my dad because his health was plummeting and he couldn’t really do anything anymore.

MR. NORTON: I say, your Honor, I gave what I had available. The last year I did not handle it. My dad and my daughter took care of that. They handled that. I didn’t.

It’s clear when comparing transcripts from each and every hearing Norton opens his mouth we find conflicting testimony, which points to his total lack of credibility in anything he says.  He appears to be a habitual liar and the Judge’s own words appeared to confirm as much.

“That does not preclude you, Counsel if you have a basis to do so and you wish to proceed to do so to seek criminal contempt proceedings for perjury, but you would certainly that’s a whole other procedural issue insofar as to whether or not Mr. Norton has perjured himself with regard to the availability of the account or the availability of those insurance records.”

It would appear, while facing a jail sanction for failing to comply with the court’s order, Norton may well end up facing a criminal contempt proceeding for perjury if the attorney wishes to bring such a proceeding.

The next hearing on his pending jail sanction is August 16, 2021, at 1:30 pm at the Will County Courthouse.

You can read the two transcripts below to grasp the magnitude of Norton’s misrepresentations to the court. 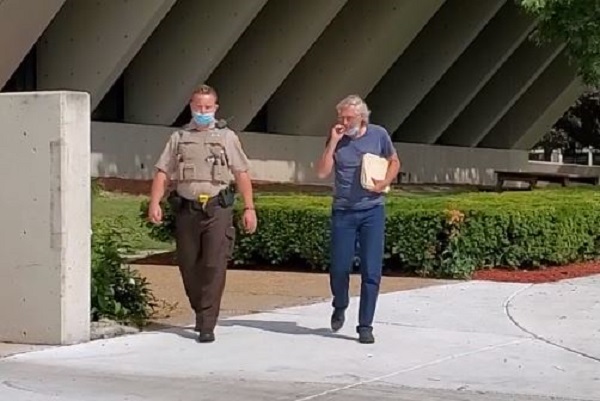