New Bill Would Protect Right To Garden In Illinois –

From the Institute For Justice: Late last week, Rep. Sonya Harper filed the Illinois Vegetable Garden Protection Act (HB 633), which would preserve and protect the right of all Illinoisans to “cultivate vegetable gardens on their own property, or on the property of another with the permission of the owner, in any county, municipality, or other political subdivision of this state.” The Act would protect the right to grow vegetables, as well as “herbs, fruits, flowers, pollinator plants, leafy greens, or other edible plants.” For many Illinoisans, this reform has been a long-time coming, as similar measures have come close to passage in prior sessions. A companion bill (SB 170) has also been introduced by Sen. David Koehler.

“I just want to grow my own food on my own property. In America, that really shouldn’t be such a controversial idea, and it certainly shouldn’t be illegal,” said Nicole Virgil, an Elmhurst resident whose efforts to grow vegetables in her rear yard have been repeatedly stymied by local officials. “I want to teach my kids the importance of self-sufficiency and self-reliance. I want them to understand and appreciate where food comes from. It’s time that our representatives enact reforms to protect my right to do that.”

If passed, Illinois would become a national leader in the local food movement, becoming just the second state to provide express protection for the right to grow one’s own food. In 2019, Florida enacted the nation’s first statewide Vegetable Garden Protection Act, which sprouted from a years-long legal battle the Institute for Justice fought on behalf of a Miami Shores couple that was forced to uproot their 17-year old vegetable garden, after the city banned vegetable gardens in front yards. The Florida and Illinois legislative reforms are part of IJ’s National Food Freedom Initiative, which promotes the ability of individuals to produce, procure and consume the foods of their choice.

“This bill strips local governments of the power to impose HOA-style prohibitions on an act of self-sufficiency in which humans have been engaged for thousands of years,” said IJ Attorney Ari Bargil. “Just about a year ago, as fears of the COVID-19 pandemic took hold nationwide, many Americans developed grave concerns about the weaknesses in our nation’s food-supply chain as grocery stores rationed purchases and shelves grew depleted. If we’ve learned anything from the past twelve months, it’s that the ability to grow food is not just a right—for many, it is a necessity. Passing this bill is an important step in the march for food freedom for all Americans.” 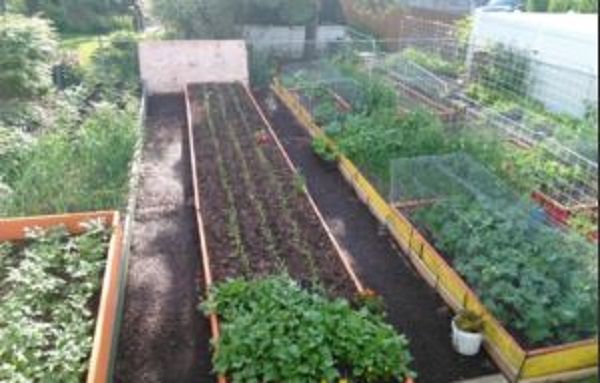