The Immaculate Deception -The Navarro Report

Epoch Times: — “Peter Navarro, who serves as an advisor to President Donald Trump, on Thursday released a report, in his private capacity, on the integrity of the 2020 election, concluding that the allegations of irregularities are serious enough to warrant an urgent probe and substantial enough to overturn the results.”

Regardless of what Presidential candidate you support, election integrity should be a top priority to every American.  Without it, there can be no Republic in my opinion.  We urge everyone to read the information with an open mind and investigate the claims on their own.  If you can disprove what is written, it invalidates the report. If you can not disprove what is written, contact your Representatives and demand a thorough investigation of our election system. We note that the footnotes provided are also filled with the supporting information used in the report as found at the provided hot links.

A copy of the report can be downloaded at this link or viewed below. 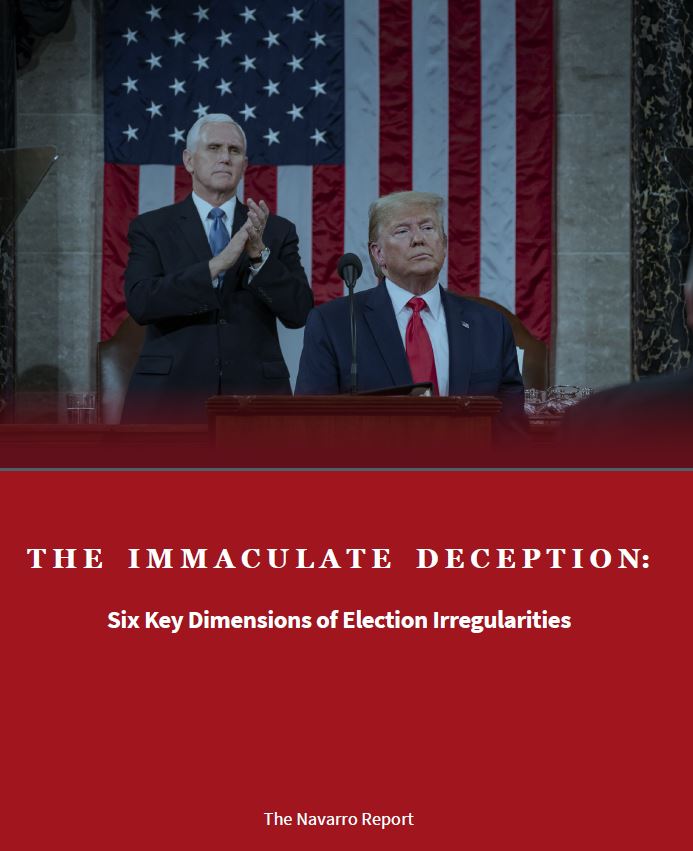