During yesterday’s meeting, Shelby County Board member Bobby Orman raised concerns over the payment to the auditor for a contract never presented to the board.

We obtained the contract today, and let’s just say every board member who voted to keep Chairman Cannon on as the Chairman now has even more egg on their face.

The County Board has never approved a contract with the Auditor.  What they approved was the selection of an Auditor.  Approving the selection does not default to approving a contract they have never seen. The steps which should have been taken before an auditor was selected would be to review the quote provided, and all terms and conditions for their contract.  That did not happen.  Instead, the board approved the selection without ever seeing any contract, then the Chairman signs a contract never reviewed by the Board.  Who was the contract/engagement letter addressed to?  The Shelby County Board of Directors, C/O Chairman.  How special that the Chairman signs a contract addressed to the Board.  As Chairman he has an obligation to share it with everyone and then place it on the agenda for approval.

While many may not be familiar with what we call boiler plate language in an auditor’s contract, the difference, in this case, is the County is a public body subject to certain transparency laws which are governed by law, not by what amounts to a permission slip from the Auditor.  In short, provisions in this contract are not legal when applied to the transparency obligations of a public body.

One major factor is missing from the contract as it relates to what the auditor is going to do.  It says nothing about reviewing the Sherriff staff payroll for compliance with the law.  That should concern everyone and maybe, just maybe, these people will address this when this contract comes before the board next month to be approved because as it stands it is not a legal contract in our opinion and that of other legal minds.

Concerning language within the contract and our thoughts on those points.

“However, this is not to be construed that the Shelby County IL Board may selectively use parts of our work product and omit other parts.”

The County Board may in fact use selective parts of work they pay for.  The County can not contract away their rights to decide how to use the material they paid for.

“Our report, including summaries, schedules, and working papers of any kind generated in connection with our Services, shall not be published, used, or disseminated, in whole or in part, for any other purpose without the prior express written consent of 2020 Forensic Accounting.”

Did you catch that?  The contract Cannon signed without board approval or board knowledge of the contents, claims the auditors report shall not be published, used, or disseminated in whole or in part, for any purpose without the written consent of 2020 Forensic Accounting.  While we understand certain work products of the auditor may be kept confidential, the report is absolutely subject to FOIA and does not need anyone’s permission to be released, let alone that of a contracted vendor.

“You agree that possession of the working papers or other written documentation regarding the engagement does not carry with it the right of publication of all or part of it, nor may it be used or relied upon without previous written consent for any purpose other than that set forth above.”

Who is “you” in that statement?  The Board of Directors, since they are who the contract was sent to.  Interestingly enough, I don’t recall the board ever agreeing to any such terms.  If the board chooses to release working papers or other written documentation or even publish all or part of it, they have that right.  No vendor can push such restrictions on a public body.

“Our hourly rates are subject to change from time to time due to changing market conditions, and you will be responsible for our fees at the increased rates when our rates change.”

How special that Cannon signed a contract which failed to lock in rates.  Kind of makes the whole bidding process a waste of time when such a provision is permitted in the contract.  Such a provision permits an entity providing a low hourly figure to then increase it if they are awarded the project.

“..we anticipate that the fees for the performance of the Services will not exceed $45,000.”

Note that statement does not cap the billing at $45,000.00.  In fact, as written, it is advising what their rates are, that they can be increased, and while they anticipate the fees will not exceed $45,000.00, it does not cap them at that figure as was implied in the presentation when the auditor was selected.  Note that just because a person says something in the board meeting, it is a signed contract that rules the day in court.

How special that Cannon signs this agreement with such a statement included.  The fact remains we doubt anyone read this, to include the State’s Attorney.  While we are not contract experts, we have read enough of them to know we would never sign such a document with some of the open-ended fee provisions and attempted restrictions of use of the actual report.

How special is it that Cannon signed this on August 26th, 2020 and two weeks later the County Board has yet to see a copy.

What is one of the options the auditor has to terminate his services?  Drum roll, please…….

Does this mean they should provably not even start the audit?

A copy of the agreement can be viewed below or downloaded at this link. 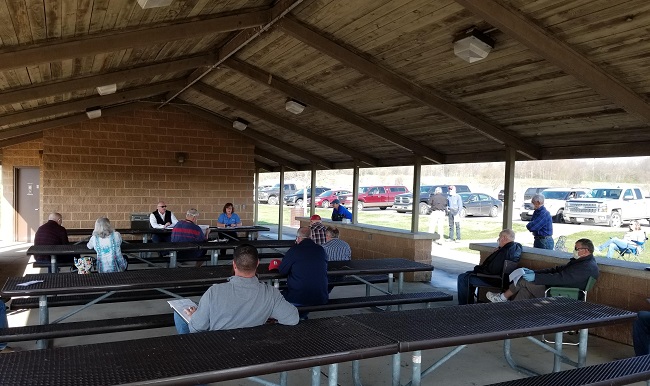