Newly released emails from 2007 – 2016 suggest that several former employees and elected officials within the Madison County government were using official government email, while at work on government time, for electioneering purposes.

One of those emails, from “Boobie” even asks the sender if he is bringing more school girls to the event, which was held in a bar:

“Hello Boys
D-boy, Bob and I are gonna down a few November 1 at Gladstones right after work. Hope you can make it. Please pass this note around to any school girls you might want to bring.
Boobie”

These types of activities are prohibited under Illinois laws and carry criminal penalties.

When those in leadership positions and their employees violate laws, how can they ever expect others to comply with the same laws they so obviously violated?

Andrew Kane wrote a letter to the current Madison County Board Chairman, asking for an investigation and some type of effort to avert these types of prohibited electioneering activities in the current election cycle.

“There are no issues more vexing in the context of public corruption than arise out of issues involving elected, appointed, and county officials using their public office for prohibited political activity. Through the Freedom of Information Act (FOIA) I have obtained and uncovered several hundred e-mails involving high-ranking county officials and numerous county employees using their county email, while at work and on their county computers, for political purposes. I have attached a small sample of the e-mails obtained for your review and consideration. In a newspaper article dated November 27, 2019, State’s Attorney Thomas Gibbons indicated that such conduct was an “unlawful and prohibited political activity,” yet his own office appears to be implicated in such conduct. There is perhaps no greater violation of public trust than using a public office for personal or political gain and in this instant, there is concrete evidence of such conduct.

Because the State’s Attorney has stated that these emails rise to the level of being “unlawful and prohibited,” it would be prudent for the board to demand a formal investigation to the determine the full extent and scope of the activity. There is no question that majority of the emails attached are categorized as prohibited political activity as defined by the Madison County Personnel Policy Handbook section 40.20 and 40.21. While some of the officials and employees involved are no longer employed by the county, their behavior has only emboldened others to continue the prohibited conduct. For those officials and employees still employed, there should be swift and immediate action taken to enforce all applicable laws and pertinent policies as defined by the Madison County Personnel Policy Handbook or department policies. Given the current election cycle and that a handful of county employees and/or contractors hold active positions on various campaigns, there must be an effort to avert these types of electioneering activities.”

Public Defender Rekowski responded to questions with carefully crafted words (here) on his alleged electioneering using county email account, however, his response does not match up with the emails sent by him using his county email account, which can be found on pages 1 through 7 of the below pdf. 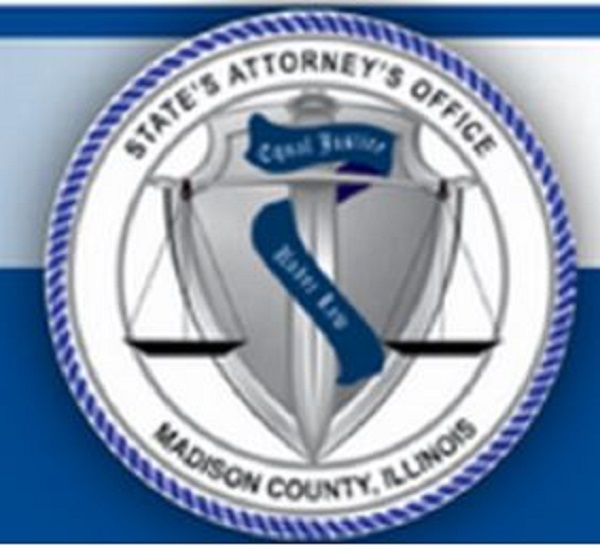