BGA Prevails in Appellate Court: Private email accounts are not outside the scope of FOIA –

The Better Government Association, thru its attorneys Josh Burday, Matt Topic and Merrick Wayne of Loevy & Loevy, prevailed in the Appellate Court today against the Office of Mayor of the City of Chicago, and the Chicago Public Health Department in a Freedom of Information Act lawsuit seeking copies of emails and text messages sent/received by named public officials.

The BGA’s requests sought records related to the discovery of lead in the drinking water at Chicago Public Schools (CPS). Defendants appeal from an order of the circuit court directing them to inquire whether relevant records exist in certain of their officials’ personal text messages and e-mail accounts. Defendants primarily argue that these communications are not subject to FOIA because they lack the requisite nexus to a public body.

BGA filed a complaint in the circuit court, claiming that defendants violated FOIA by improperly redacting or withholding nonexempt records and by failing to inquire whether the personal text messages and e-mails of the officials named in the requests contained responsive records. The complaint alleged that the Mayor’s Office was aware that its officials named in the request had used their personal e-mail accounts to discuss public business. In their amended answer, defendants contended that their redactions and withholdings were proper. The Mayor’s Office also admitted that the four officials named in the request used their personal e-mail accounts for public business but maintained that it had no obligation or ability to search those accounts for responsive records.

The threshold issue thus becomes whether text messages and e-mails sent from a public officials’ personal accounts can qualify as public records under FOIA. For the reasons that follow, we conclude that they can.

The [City of Champaign] court concluded that the city council was capable of conducting public business only when a quorum of council members was involved. By contrast, as defendants conceded at oral argument, the officials in question here are not limited by a quorum requirement. Rather, defendants—through their individual officials such as those named in the requests at issue—can function as public bodies without any official meeting having been convened. For example, the mayor and the director of CDPH can make unilateral decisions that are binding on their respective public bodies. See Dumke v. City of Chicago, 2013 IL App (1st) 121668, ¶ 10 n.2 (the mayor of Chicago is the city’s chief executive officer responsible for, inter alia, directing city departments and appointing department heads). Thus, under City of Champaign, the e-mails and text messages from those officials’ personal accounts are “in the possession of” a public body within the meaning of FOIA. It is also reasonable to conclude that, at a minimum, many such communications are prepared for or eventually used by the public body. Accordingly, the communications that pertain to public business from the named officials’ personal accounts are subject to FOIA.

Allowing public officials to shield information from the public’s view merely by using their personal accounts rather than their government-issued ones would be anathema to the purposes of FOIA.

In sum, we hold that the e-mails and text messages sought by the BGA are public records under FOIA because they pertain to public business and share the requisite connection to a public body. This conclusion is entirely consistent with both the letter and purpose of the statute. 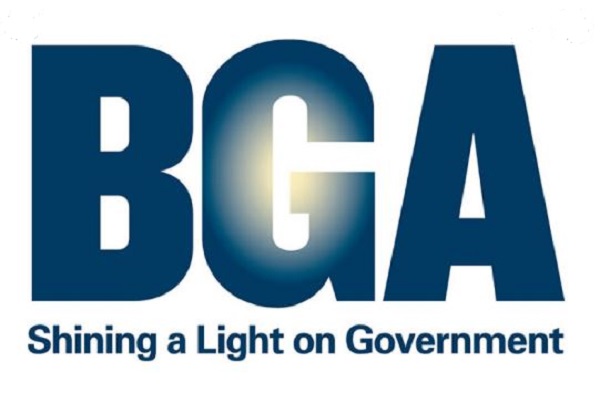