EDWARDSVILLE – Documents from the Madison County Public Corruption Task Force appear to show prohibited political activity by the sitting chief judge and other high ranking county officials over county email and processed on county equipment. The documents were recently released by the Illinois Attorney General’s Office through a freedom of information request.

Former County Administrator Doug Hulme, who was accused of wrong doing by David Vucich and the task force wants answers.

“In 2017 I blew the whistle on prohibited campaigning and political activity on county equipment, ” Hulme said. “These documents appear to show the sitting Chief Judge, the Chief Public Defender, and the former First Assistant State’s Attorney engaged in campaigning on the taxpayer’s dime. It also shows that the Madison County Public Corruption Task Force is involved in its cover-up.”

Former County IT Director Rob Dorman says that these documents prove there has been a miscarriage of justice by the Madison County Public Corruption Task Force.

“The mother of Captain David Vucich’s children appears to be involved with prohibited political activity on county equipment and over the county network,” Dorman said. “The task force commanded by Captain Vucich went out of its way to ruin my reputation and spread lies while collecting and concealing evidence of potential wrong-doing of connected county Democrats. It is imperative that a special investigation be carried out by independent state or federal authorities, without ties to the political corruption in Madison County, to bring justice to for me and my family.”

You can download the press release at this link or view below. 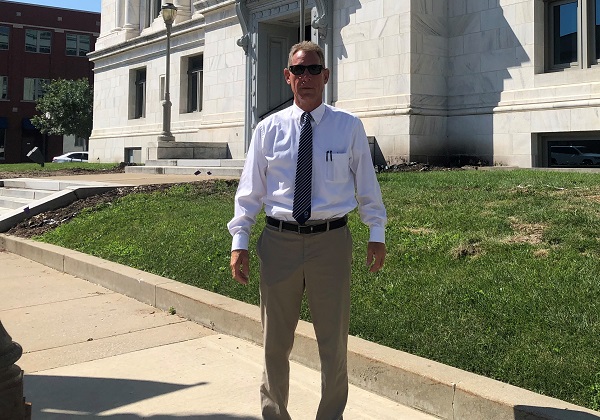