PRESS RELEASE from the

Illinois Gov. J.B. Pritzker banned Jacobson from press briefings after she broke news about his family traveling to an equestrian estate in Wisconsin amid Illinois’ stay-at-home order. Jacobson’s press access has been restored “on the same basis as other journalists.”

CHICAGO (June 16, 2020) – Illinois Gov. J.B. Pritzker has invited Salem Media journalist Amy Jacobson back to his press briefings in response to a federal lawsuit filed against him and his press secretary.

Jacobson, a longtime Chicago journalist, sued together with her station AM 560 The Answer after the governor barred her from attending press briefings. Jacobson and the station are represented by attorneys from the Liberty Justice Center, a public interest law firm that won the 2018 Supreme Court case Janus v. AFSCME.

Liberty Justice Center President and co-founder Pat Hughes said the governor’s response to the lawsuit represents a major victory for all Illinoisans who seek to hold their elected officials accountable.

“Gov. Pritzker’s ban on Amy Jacobson was a complete overreach and he’s right to walk it back. The governor may not like when journalists ask tough questions and he may not always agree with their coverage, but Americans have a constitutional right to hold their elected officials accountable. One of the most important ways they do this is through a free and vibrant press,” Hughes said.

Jacobson is a veteran reporter who has worked for television and radio stations across the country for more than 25 years. For the last decade, Jacobson has been a journalist and morning show host on Salem Media’s Chicago station, AM 560 The Answer.

“Amy Jacobson has a long history in Chicago as a dogged journalist who asks tough questions. We’re happy that she can finally get back to doing what she does best – asking the questions that are on the minds of so many in our audience,” said Jeff Reisman, regional vice president and general manager of AM 560 The Answer.

BACKGROUND: In mid-May, Jacobson broke news that Pritzker’s family had traveled to their equestrian estate in Wisconsin amid Illinois’ stay-at-home order — weeks after it was reported that his family was at another estate in Florida. The news raised questions about why the stay-at-home order did not apply to the governor’s family.

On the day of the governor’s next press briefing, Pritzker’s press secretary told Jacobson she was banned from the briefings because she had attended a rally advocating for Illinois to end its lockdown. When questioned by reporters about Jacobson’s exclusion the next day, Pritzker told the press corps that Jacobson could not attend because advocating for Illinois to end its stay-at-home order represents an “extreme position.” The governor went on to say: “That is not a reporter … once upon a time she was a reporter, but she proved that she is no longer a reporter.”

The lawsuit, Salem Media of Illinois, LLC v. Pritzker, was filed on June 1 in the U.S. District Court for the Northern District of Illinois. A copy of the case and the letter affirming Jacobson’s participation in press briefings is available here: https://libertyjusticecenter.org/media/salem-v-pritzker-victory

Salem Media Group is America’s leading multimedia company specializing in Christian and conservative content, with media properties comprising radio, digital media and book and newsletter publishing. Each day Salem serves a loyal and dedicated audience of listeners and readers numbering in the millions nationally. With its unique programming focus, Salem provides compelling content, fresh commentary and relevant information from some of the most respected figures across the Christian and conservative media landscape. Learn more about Salem Media Group, Inc. at www.salemmedia.com, Facebook and Twitter.
.
Our work is funded entirely thru donations and we
ask that you consider donating at the below link. 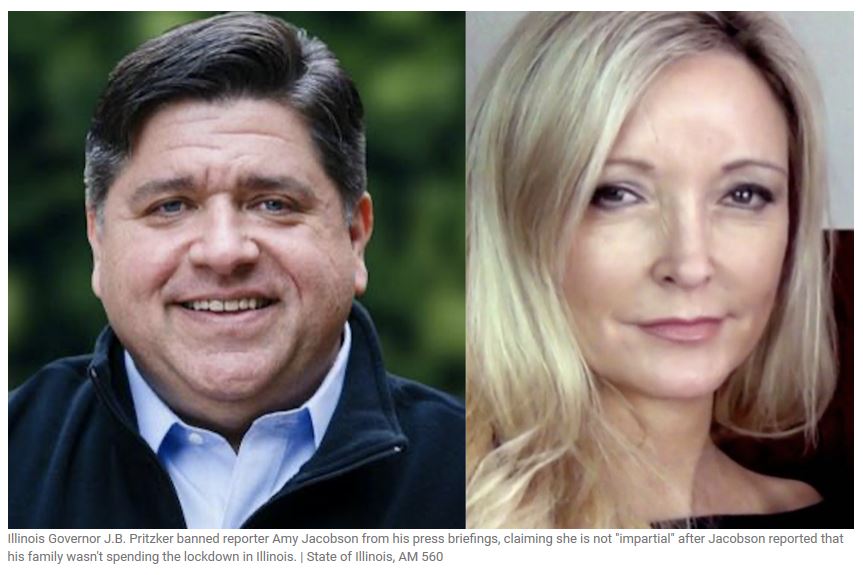