Due process concerns raised by Idaho prosecutor in letter to Governor

“The Constitution of the United States is a law for rulers and people, equally in war and in peace, and covers with the shield of its protection all classes of men, at all times, and under all circumstances. No doctrine, involving more pernicious consequences, was ever invented by the wit of man than that any of its provisions can be suspended during any of the great exigencies of government. Ex parte Milligan, 71 U.S. (4 Wall.) 2, 121 (1866).” (Adams County Prosecuting Attorney Christopher D. Boyd)

Adams County Prosecuting Attorney Christopher D. Boyd penned a letter to the Governor of Idaho yesterday regarding peoples due process rights, a subject we first raised here in Illinois on March 15th and again on March 29th in articles here and here.

“I believe that each citizen affected by the stay-home order has the right to due process before denial of constitutional rights. In such a proceeding, it would be the burden of the government to show exigent circumstances (e.g. that the citizen is actively contagious) before restricting that person’s freedom. “The fundamental requirement of due process is the opportunity to be heard “at a meaningful time and in a meaningful manner.”” Mathews v. Eldridge, 424 U.S. 319, 333 (1976).”

It appears Boyd’s position parallels exactly what we cited in this article as it relates to due process.

20 ILCS 2305/2 -(c) Except as provided in this Section, no person or a group of persons may be ordered to be quarantined or isolated and no place may be ordered to be closed and made off-limits to the public except with the consent of the person or owner of the place or upon the prior order of a court of competent jurisdiction.

We encourage everyone to read and share Adams County, Idaho’s Prosecuting Attorney’s letter as he hit the nail on the head in our opinion.

You can download it from this link or view it below. 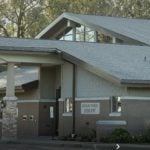