The crumbling backbone of our Government – Public Trust

Part of our Constitutional Rights is due process.  That due process is the foundation of protecting our rights and the first step that gets exercised in pursuit of protection of our rights.  When our local, state, and federal officials ignore our calls for the applicable authorities to do their job, investigate crimes, the most basic level of our due process rights are lost and the result; Public Trust is Lost.

For years we have been publishing articles exposing government officials at all levels who violate our laws, lie, cheat, and steal for their own gain. The vast majority never getting even a sniff from the police or prosecutors even though the evidence is overwhelming.

Just three days ago it was revealed there is a secret recording of the Intelligence Chairman warning donors about Coronavirus 3 weeks ago.  “ProPublica reported on Thursday that Sen. Burr sold off up to $1.56 million in stock on February 13th, as he was reassuring the public about coronavirus preparedness. At the time, Burr and the Intelligence Committee were receiving daily briefings about COVID-19.”  Public trust is lost.

When the public trust is gone, the people ignore what they are told.  In most cases that will have little impact on people’s lives.  Not believing a public official has become a way of life.  However, during an emergency, the impact of that lost trust could be detrimental to both our Freedom and our life.

How can we trust our government officials in a time of an emergency when they have ignored the cries of the people to investigate crimes of public officials, refused to enforce our laws, and allowed public sector criminals to flourish with little to no accountability?

During the current declared national emergency, our public officials need to understand the reason so many are reluctant to take them seriously as it relates to the China virus “COVID-19”, Public trust is lost.

It’s not just a national problem.

March of 2018 we filed an OIG complaint against then-Governor Bruce Rauner.  That complaint was punted to who?  The OIG for the Illinois Auditor General’s office, you know the same Auditor General the courts said had 15 years of campaign finance violations.  They closed the case citing it was not within their authority to investigate as their investigation powers are restricted to the Office of Auditor General. The result, the original complaint never gets investigated.  Public Trust is lost.

When we busted out the story on Illinois Auditor General Frank Mautino, the news traveled fast and swift and even the federal authorities began a criminal investigation.  Frank Mautino invoked his 5th amendment rights and to date, over 4 years have past and not a peep on the criminal investigation.   Three and a half years after breaking the story, the courts confirmed 15 years of campaign finance violations.  House Speaker Mike Madigan has blocked the Resolution from coming to a vote to remove Mautino from Office.  Frank Mautino is still Illinois State Auditor General.  Public trust is lost.

The problem is on steroids at the local level.

For years, we have heard police officers tell us its not their job to investigate crimes of local government, then they point to the State’s Attorney as the responsible one.  State’s Attorney’s advise no, they do not investigate, they only prosecute investigations brought to them by the police. An example of the merry-go-round of pass the buck a citizen experienced when trying to report a crime can be read in this article, which also explains how the process should work.

Our State Law Enforcement Training Standards Board had no curriculum last time we checked that educates our police on public corruption at the local level, let alone at the state level, which explains why so many refuse to investigate crimes right in front of their face.  It’s as if there is a ring of protection around public officials since they control the hiring of the very people that could arrest them.

In Shelby County, Illinois, we have a State’s Attorney that requested the Illinois State Police investigate what appears to be payroll fraud in the County Sheriff’s Office.  They refused.  Why?

How ironic that the same-named ISP officer who chose to not investigate in Shelby County also refused to investigate alleged payroll fraud in the Edgar County Sheriff’s office. They refused to investigate citing a conversation with the Sheriff who assured them there was nothing criminal going on.  Anyone reading the report found within the article will quickly realize there is a bigger problem than just an employee allegedly cooking her own payroll records.  Public Trust is lost.

Did that same ISP Officer speak with the Shelby County Sheriff and get told there is nothing wrong?  Most interesting is the fact not a single officer followed up to see what evidence the Treasurer had gathered that appears to support payroll fraud. Public trust is lost.

While we await a charging decision in the Edgar County case, don’t hold your breath.  The charging decision is at the state level with the Appellate Prosecutors Office.  That is the same office who ensured their former Board Chairman Brian Towne was hired the day after he lost re-election to LaSalle County State’s Attorney office.  Nothing like having an inside connection to get a state job after the people speak to get rid of him.  Brian Towne was later indicted on 17 felony counts and ended up getting the charges dropped because of a failure of receiving a speedy trial. When is the last time that happened in Illinois?  Due to the cost of appealing that decision, Towne continues working as an Appellate Prosecutor for the state. His job, prosecute crimes.  Public trust is lost.

Considering Edgar County’s State’s Attorney’s history of not prosecuting, many police officers point to him as the reason they don’t want to investigate anything in Edgar County, they can’t trust him to do his job making their work a waste of time in their eyes.  Public trust is lost.

A former Edgar County Sheriff, Tim Crippes and his then-girlfriend, (Nannette Beals -now Crippes), the ETSB director, saw nothing wrong with using Sheriff’s budget funds to pay his girlfriend who was already getting paid a salary from the ETSB funds, all while working the same hours.  Double-dipping at it’s finest. Once exposed in this article, they made excuses published in this article.  The Edgar County State’s Attorney did nothing. Public trust is lost.

A current investigation we are working on uncovered a Fire Protection District Fire Chief that is also an owner of a Fire Equipment supply company.  During the last three years the Chiefs’ company has recieved over $40,0000.00 in business from the very department he is the Chief of.  According to the law, that is not allowed and considered a felony.  When a trustee raised the concern during a meeting the response was not of concern for the alleged crimes taking place but rather immediately shifted to attacking the whistleblower who had voted in support of those purchases in the past.  His past concerns were dismissed with an excuse as to why it was OK for these transactions, however, once he read the law, he knew past excuses were just that, excuses.  Rather than addressing the alleged crime, the sitting Board chair chose to verbally attack the sole board member that did nothing more than call for the matter to be investigated.  This happens to be the same FPD that violated their own purchasing policy in buying a new Fire Truck costing the taxpayers over $500,000.00.  Public trust is lost.

It’s clear we can no longer blindly trust our public officials.  Public trust must be restored and the only path we have seen that can accomplish that is when the people expose their officials when they break our laws or refuse to do their jobs, police included. We must also continue to expose the media who fail to report even the clearest malfeasance taking place, sometimes in the very public meeting room, they are sitting in.

Ben Franklin knew that from the beginning, we were given a Constitutional Republic if you can keep it. The solution to keeping this great country is simple, We The People must be engaged and no longer blindly go about our lives trusting what we are told by officials most of us don’t even know.  We must learn to challenge a major part of the media that blindly reports what they are told without fact-checking to ensure it’s accurate.

Please be a part of bringing Public trust back in this country. 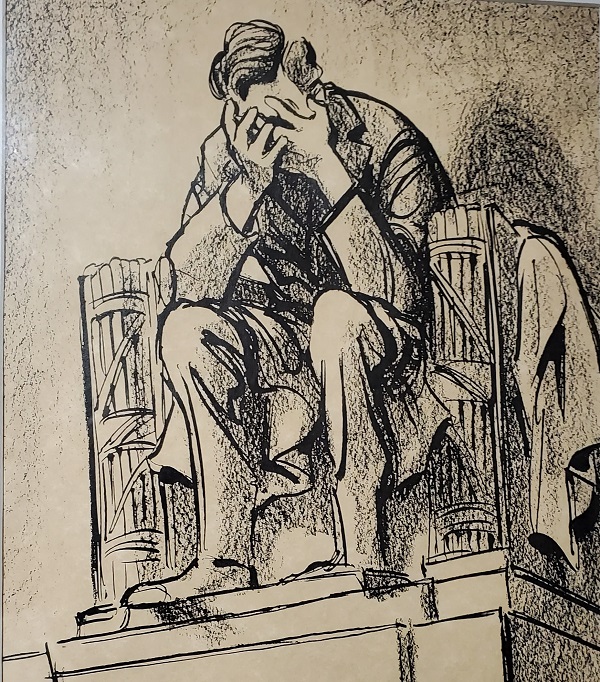