John Norton continues to lie in Court, served with Rule to Show Cause: Direct Criminal Contempt –

Wesley Township local John Norton appeared in Court again this morning attempting to gain service thru alternative means, since he cannot figure out how the service process works; one summons per defendant you are serving.

Meanwhile, the several defendants served upon Norton a Petition For Rule To Show Cause For Direct Criminal Contempt In Connection With False Statements To This Court And Alternative Relief. Additionally, a Motion to Dismiss was filed, along with a Motion to Dismiss under the Citizens Participation Act.

This Rule to Show Cause Petition was filed alleging Norton filed a “false petition to proceed in forum paupers and for making other false statements to this Court.”

In his signed petition for forum paupers, Norton claimed he has no money, bank accounts, or income for the past 30 days and for the past year. In a previous case where a Stalking / No Contact Order was approved by the Court, Norton called his own boss to testify that he had worked in the past year and was paid for that work. We covered this here and here.

In previous court appearances (Feb 18 and March 2, 2020) in this case, Norton led the court to believe he had given the Sheriff summonses to serve on all the defendants, and that all defendants except for one “was avoiding service and which they have a history of doing this.” Read the article here.

In his most recent filing, Norton stated in an affidavit that Kirk Allen posted an article to his website, however, John Kraft was the one who wrote and posted it as is clearly indicated at the top of the article.

Today, Norton lied to the Court again, this time telling the Judge that [paraphrased] a defendant in the courtroom had a smartphone with him and was recording the hearing and he had done it in a previous case and posted it online. The problem is, that there was no defendant in the courtroom with a smartphone, none of those present for this case had ever recorded any court proceeding without prior authorization and none of them had ever posted any such unauthorized recording online (or anywhere else). We will publish today’s transcripts when we receive them.

The Judge stated that he will take Norton’s Motion for Alternative Service under advisement, read what was presented in Court today, and mail the parties his decision in a few days.

Rule to Show Cause


Below is the video of Norton leaving the Joliet Courthouse Annex Building (and jay-walking) this morning after his Hearing: 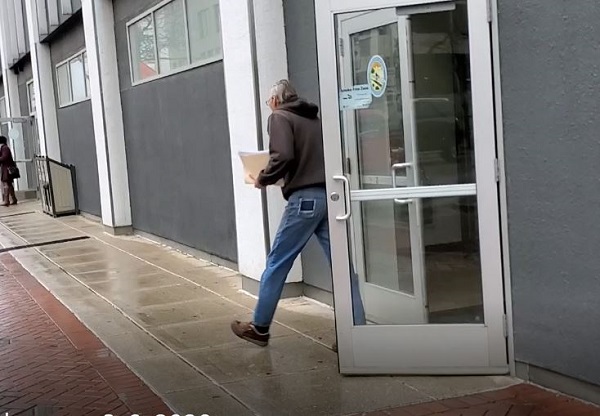