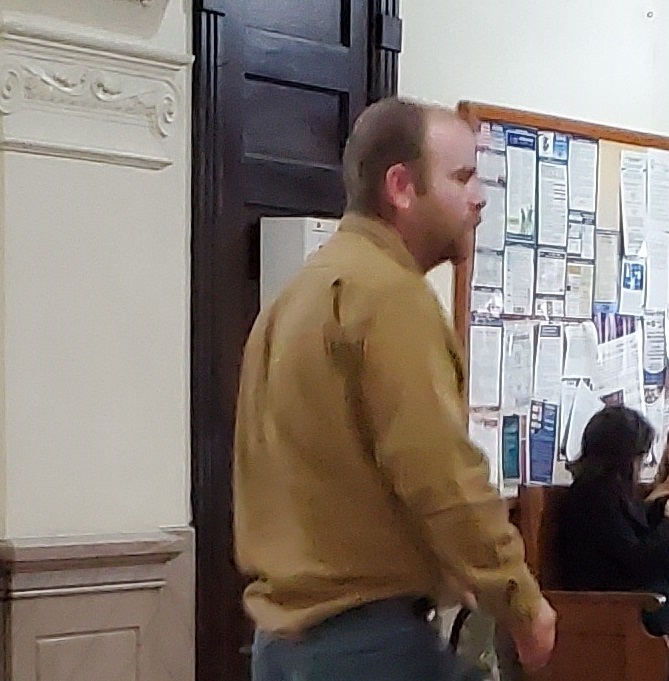 The Judge asked him if he wished to hire an attorney, and Colter stated he did. Judge Lewis then set the next Court appearance for February 27, 2020.

We obtained, thru a Freedom of Information Act request, video footage purported to be of Colter allegedly using the fire district's credit cards to purchase fuel for his privately owned vehicle.

The person in the white shirt exiting the passenger side is not involved in this case, he just happened to be a passenger.

According to Court records, it is charged that Colter:

. . .On or about various dates in 2018 and 2019 within the County of Edgar, State of Illinois, committed the offense of THEFT. In that the said defendant knowingly exerted unauthorized control over property of the Paris Community Fire Protection District, and the Defendant used the property, knowing such use probably would deprive the owner permanently of such use or benefit, in that he utilized the Paris Community Fire Protection District’s Illini F.S. fuel card for personal use in excess of $500.00, not exceeding $10,000.00. A violation of 720 ILCS 5/16-1 (a)(1)(C) is considered a Class 2 Felony

His case number is 2019CF260 in Edgar County Circuit Court.

***These are only allegations, and all persons are presumed innocent unless and until proven guilty in a Court of Law.