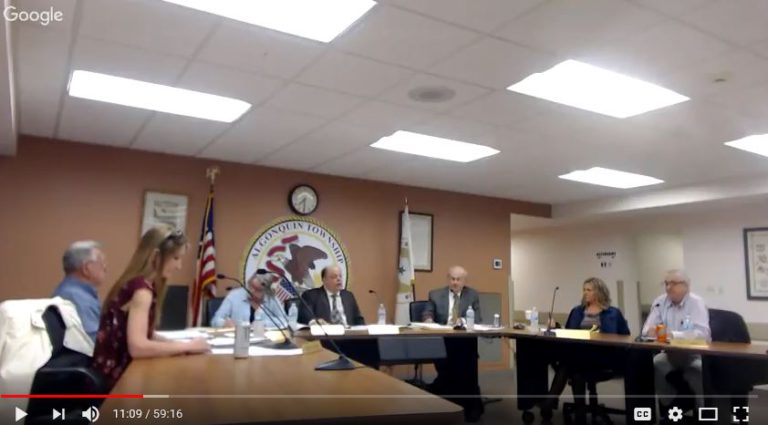 Algonquin Township held a special meeting last night and once again, the spoken words from a trustee and attorney conflict with documents and the law.

The Board took action to hire an attorney to represent the Township and trustee Lawrence said it was "at the same rate, a reasonable rate, of $250 an hour".

Additionally, trustee Lawrence makes reference to what we believe was going to be declaring a vacancy for the Supervisor who is currently in the Hospital.  We say believe because she stopped short of saying the word vacancy and stared at the attorney James Kelly and awaited his input.  Kelly, in true form, gives legal advice that conflicts with the law.

Kelly stated: "You can make a determination of a temporary vacancy"

There is no provision for the Township Board to declare a "temporary vacancy" to the office of Supervisor.  In fact, the law is crystal clear and limits the Boards power to only being able to declare a vacancy of that office if the Supervisor has 5 or more consecutive "unexcused" absences and note that is an actual vacancy, not some temporary matter.

Considering an illness is what appears to prevent Supervisor Lutzow from attending, I believe an illness would be a valid reason to be absent.  More importantly, the law says "unexcused" but fails to provide who provides any such "excused" absence.  All that aside, the law does not have a provision for the board to declare a temporary vacancy as claimed by their attorney James Kelly.

May we suggest the attorney brush up on Township Code, which you don't have to be a lawyer to understand. The law clearly instructs what to do when a temporary vacancy occurs and note that it says nothing about the board declaring such a vacancy.  Their job is to simply appoint a temporary deputy.

The law outlines when the position of Supervisor becomes vacant or temporarily vacant and only provides a single situation where the board has the power to make such a declaration.  All the other situations for a vacancy are known as trigger events.  Meaning a certain thing has happened in order for the vacancy to happen.

(10 ILCS 5/25-2) (from Ch. 46, par. 25-2)- Events on which an elective office becomes vacant. Every elective office shall become vacant on the happening of any of the following events before the expiration of the term of such office:
(1) The death of the incumbent.
(2) His or her resignation.
(3) His or her becoming a person under legal disability.
(4) His or her ceasing to be an inhabitant of the State; or if the office is local, his or her ceasing to be an inhabitant of the district, county, town, or precinct for which he or she was elected; provided, that the provisions of this paragraph shall not apply to township officers whose township boundaries are changed in accordance with Section 10-20 of the Township Code, to a township officer after disconnection as set forth in Section 15-17 of the Township Code, nor to township or multi-township assessors elected under Sections 2-5 through 2-15 of the Property Tax Code.
(5) His or her conviction of an infamous crime, or of any offense involving a violation of official oath.
(6) His or her removal from office.
(7) His or her refusal or neglect to take his or her oath of office, or to give or renew his or her official bond, or to deposit or file such oath or bond within the time prescribed by law.
(8) The decision of a competent tribunal declaring his or her election void.
No elective office, except as herein otherwise provided, shall become vacant until the successor of the incumbent of such office has been appointed or elected, as the case may be, and qualified.

As you can see, there is no provision in the Election code for the Township Board to make any declaration of a temporary vacancy.

While some will try to downplay this as no big deal, we ask that you listen to what Kelly says on this matter.  He shares the concern that making such a declaration would start the clock.  We believe he is referring to the 60-day clock in filling vacancies found in the Township Code 60 ILCS 1/35-35.

Rather than being concerned about a 60-day clock on filling a vacancy, we suggest the board do some reading as the attorney should have told them you have no authority to declare a temporary vacancy, thus no need to worry about any 60-day clock.

If attorney James Kelly thinks otherwise, we welcome the statutory provision on such a power given.   To date, we have never found any such authority.

You can watch the video of the meeting in question below. 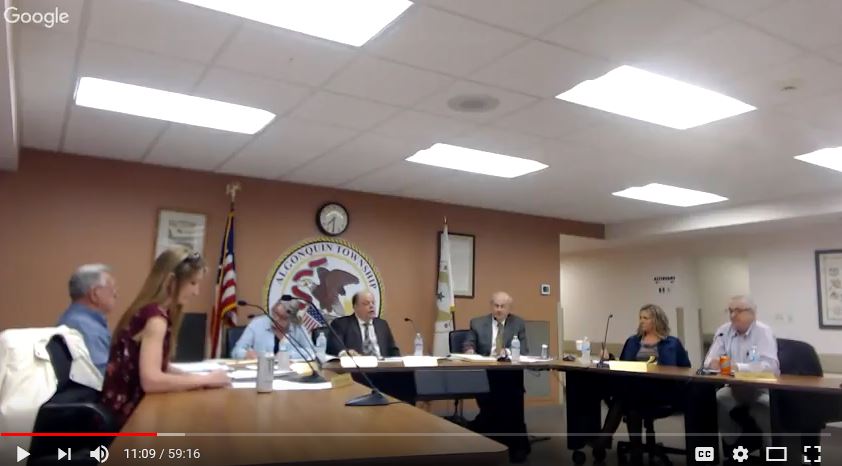