He is awaiting trial.

According to the Illinois State Police Sex Offender Registry website, Ball's current address is listed as "JAIL EDGAR COUNTY" - it is unclear at this time if he has bonded out yet. 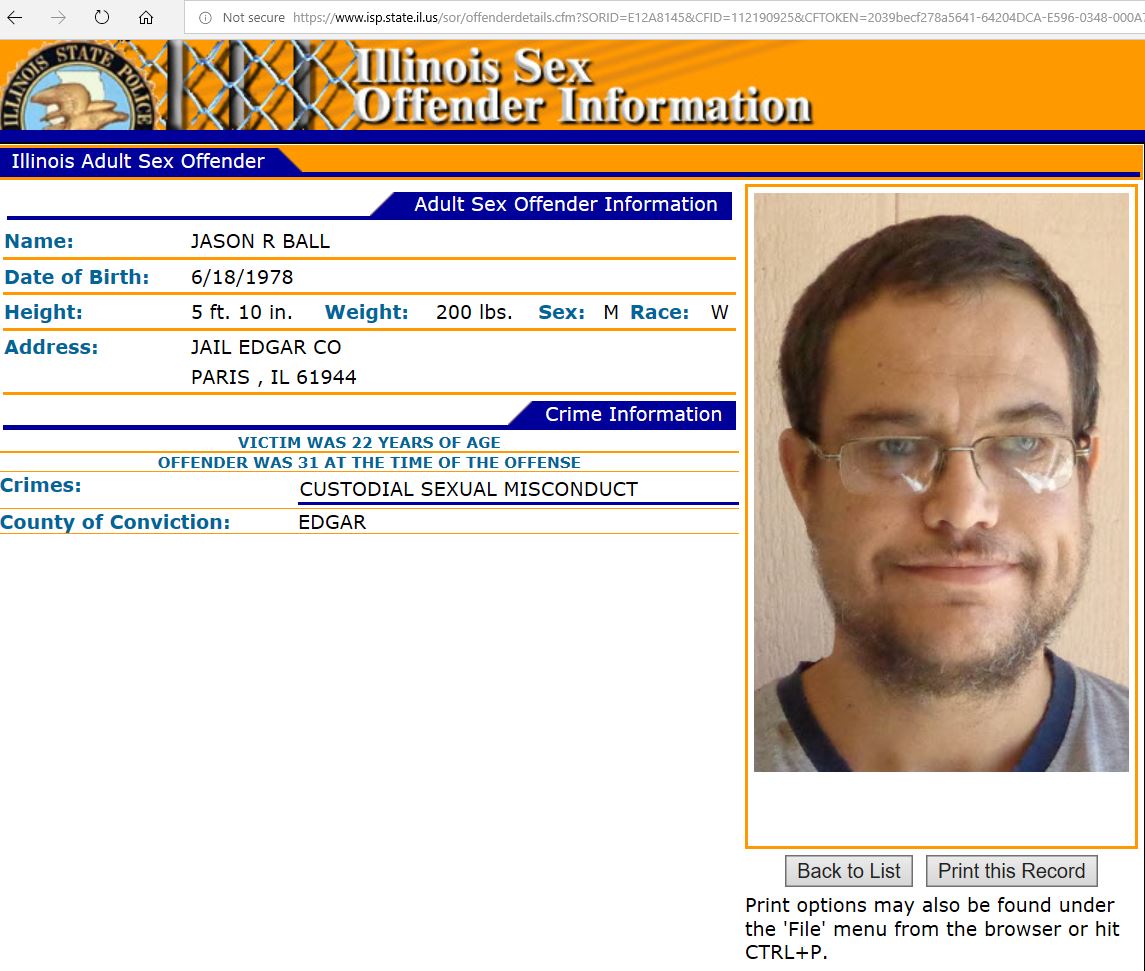