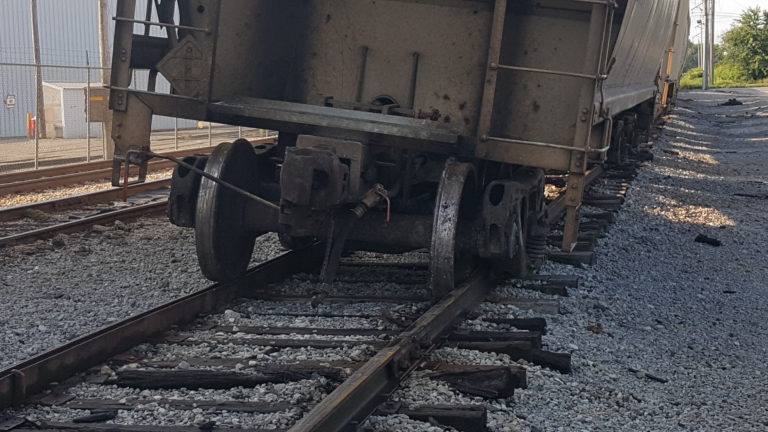 In a minor derailment last night, six cars of a train came off the tracks in Paris, Illinois just west of the Route 133 (Jasper Street) and Jefferson Street intersection.

The western-most rail appears to have slipped with several cars coming off the rail, none of then overturning.

Route 133 (Jasper Street) will be closed at the cereal mill until the train can be moved, which is expected to take at least a day, maybe longer. 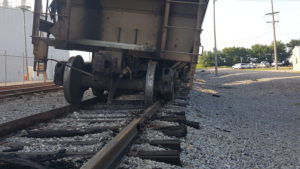 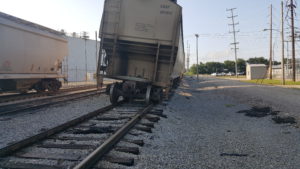 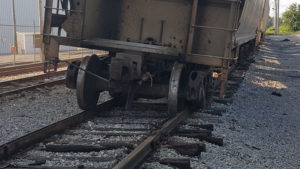 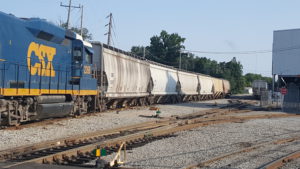 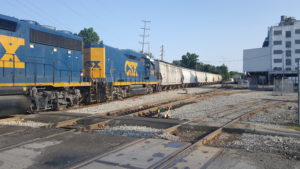 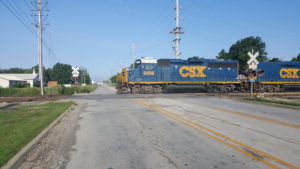 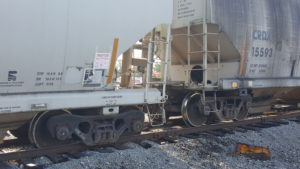 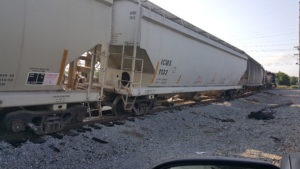 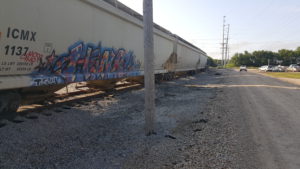 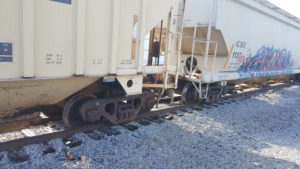 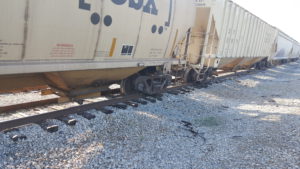 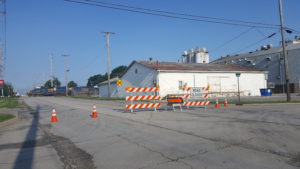 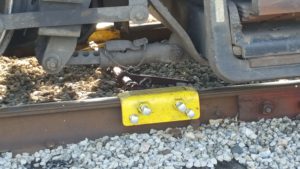 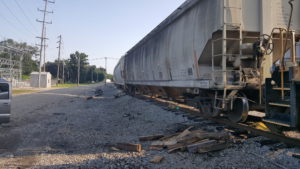 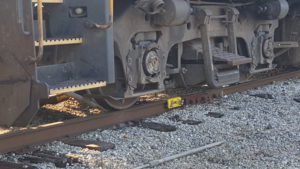 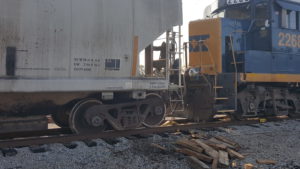 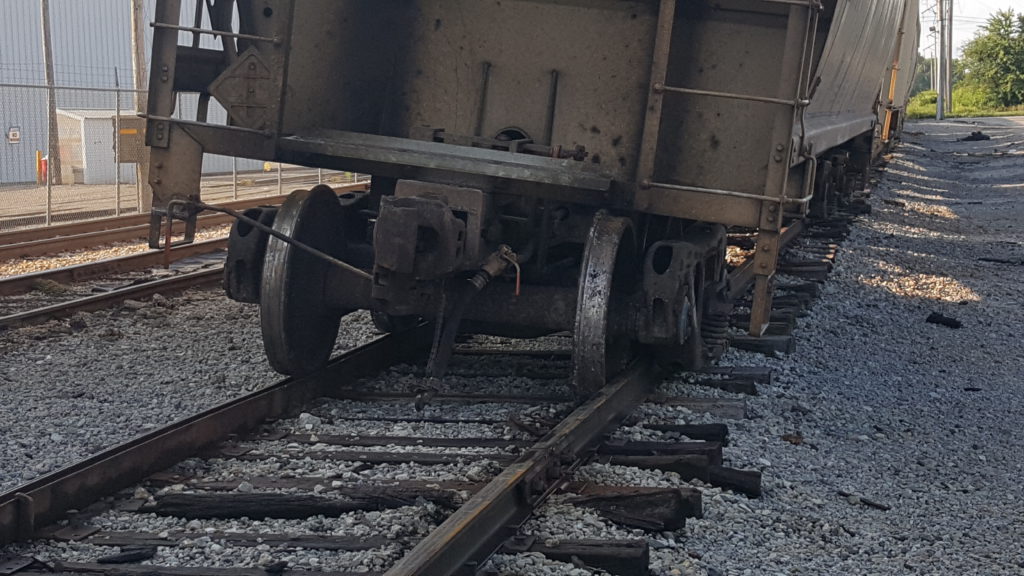