Madison Co. Board Member Parkinson should worry about what Granite City PD is doing, not what we are doing –

Towards the end of last night’s Madison County Board meeting, Board Member and Granite City Police Officer Michael Parkinson spoke about what he thought we should be looking into instead of the Fosterburg Water District.

He failed to ask us to look into his alleged conflict of interest in settling a lawsuit against the county in which he received Attorney fees, and was paid for those Attorney fees in violation of state law. (read it here)

He failed to ask us to look into what his employer, the Granite City Police Department was doing with the High School Girls Dance Team and some racy photographs during a photo shoot that was taken of them with a Granite City police vehicle.

Why did he leave that one out?

Photo from the screencap of FOX-2 News article 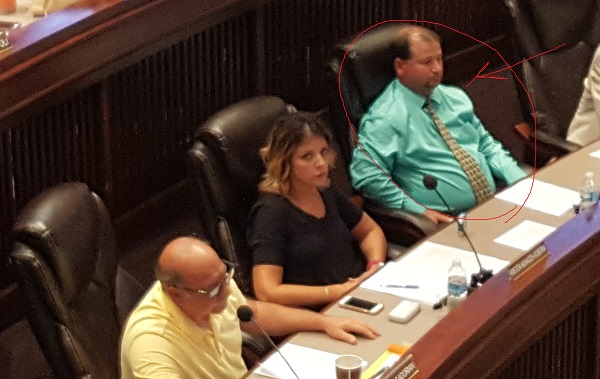