Update 8-29-2018: To avoid any further confusion, the reference to Kietzman not residing within the taxing boundaries of the Authority were drawn entirely from his property tax bill. I did mention it in the video, but did not spell it our in the text. We understand there might be issues with several properties and which units of local governments they are taxed by.

Kietzmann is executive vice-president of instruction and student services at the Danville Area Community College. He is an employee of the college (a unit of local government).

He also resides outside the taxing body of the airport authority and cannot serve on the board for that reason (Sections 3.1(d) and 3.4).

He has apparently taken the stance that unless he is sued into submission he will remain in place on the airport authority. We believe a lawsuit will be filed in the coming days challenging his usurping of the office of airport authority commission in violation of state law. He should probably remember that the authority’s attorney does not have the power to authorize violations of state law, so any thoughts of using that as a defense will not work. Official Misconduct might also apply to this situation (720 ILCS 5/33-3) .

It is unfortunate the Illinois Department of Transportation’s Division of Aeronautics has not taken their job seriously enough to issue a demand letter to the airport authority, asking them to hold a hearing where Kietzmann must show cause why he should not be removed from office. IDOT is failing the public on this issue as it is their duty to ensure compliance once they are notified. 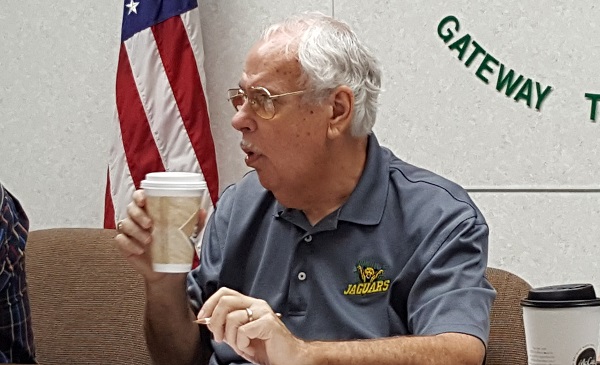