How can tax money be spent by public officials?  It starts with our State Constitution.

With those two key points in mind, you have to identify the law that authorized the expenditure, unless the public body is a Home Rule entity and then the expenditure is by ordinance.

Algonquin Township is not Home Rule. That means their spending must be only as authorized by law and within the confines of our State Constitution.

Which brings us to the key question people should ask with all spending by local government, in this case, let’s focus on gifts.

Where in the law does it authorize gifts to be purchased, for any reason?

This would include birthdays, anniversaries, Christmas, and even retirements. Where so many people go off the reservation is they focus on how they feel about the spending instead of its legality.  We can all come up with a justification for spending, but the key is ensuring that justification meets the legal requirement of being authorized.

I don’t know too many people that are against birthday parties, Christmas parties, or even giving a person a $200 watch after 39 years of service.  However, it appears there are a lot of people that think it’s proper to use tax levy money, taken from the people for a specific purpose, in this case, Road Maintenance, and use it for something other than what you told them when you taxed them.

There is no law permitting the purchase of gifts with taxpayer money.  It appears the legislature went the extra mile to make sure everyone knew the rules on gifts as it is part of the State Ethics laws, applicable to local government.

“Gift” means any gratuity, discount, entertainment, hospitality, loan, forbearance, or other tangible or intangible item having monetary value including, but not limited to, cash, food and drink, and honoraria for speaking engagements related to or attributable to government employment or the official position of an employee, member, or officer. The value of a gift may be further defined by rules adopted by the appropriate ethics commission or by the Auditor General for the Auditor General and for employees of the office of the Auditor General.

Of special interest, the wording in the exceptions to the Gift Ban.

(5 ILCS 430/10-15) Gift ban; exceptions. The restriction in Section 10-10 does not apply to the following:
(1) Opportunities, benefits, and services that are available on the same conditions as for the general public.

The answer is simple, No.

There is no public purpose to spending money on gifts for retired employees.  If you want to give a gift, pull out your own wallet or purse and spend your own money!

We contend, Bob Miller’s purchase of a $200 Watch as a gift did not serve a public purpose.  No matter if it was for Retirement, Christmas, Birthday or any other reason. It benefited one person, the recipient!

Public funds are to be used only for public purpose! 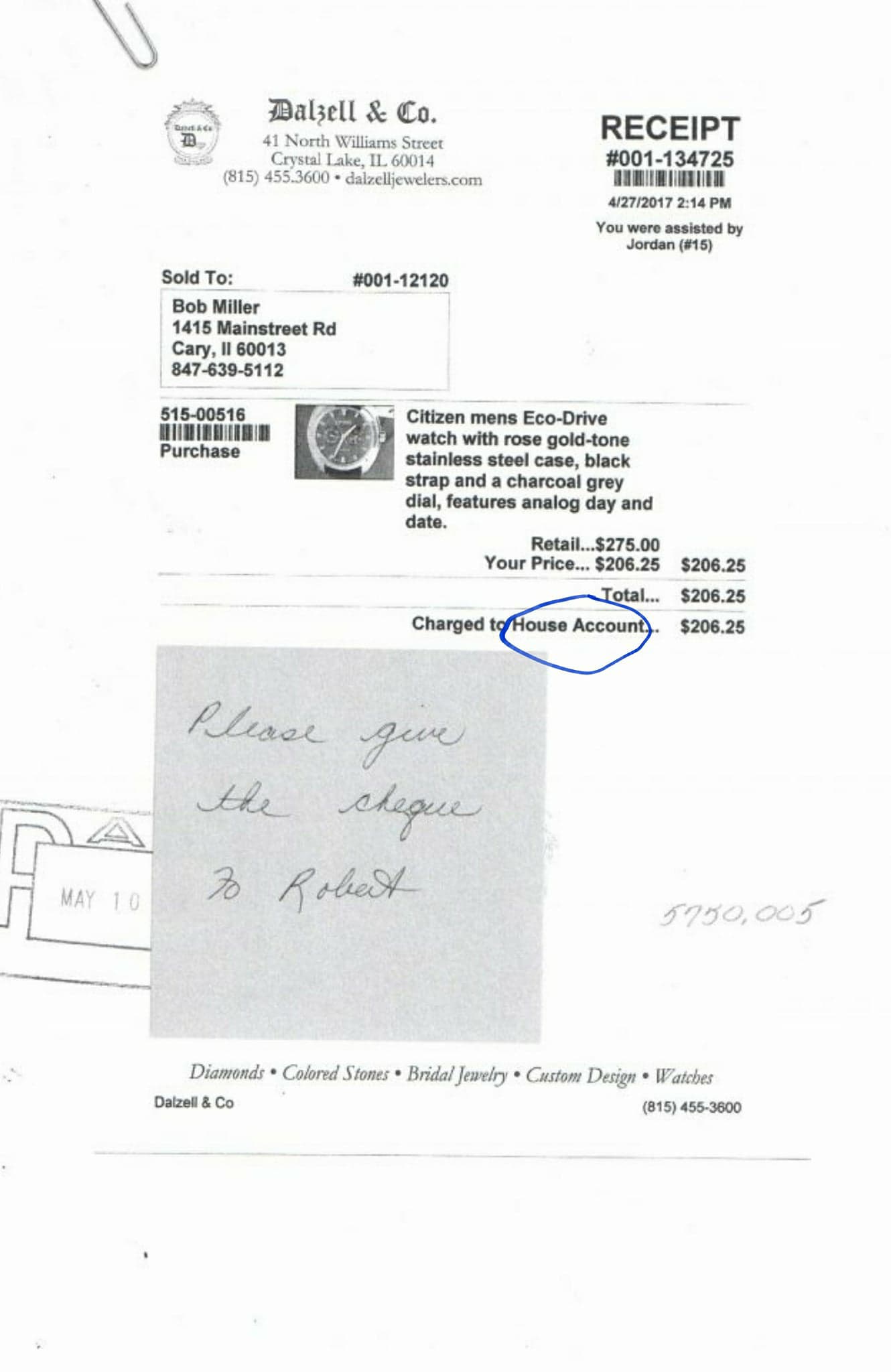