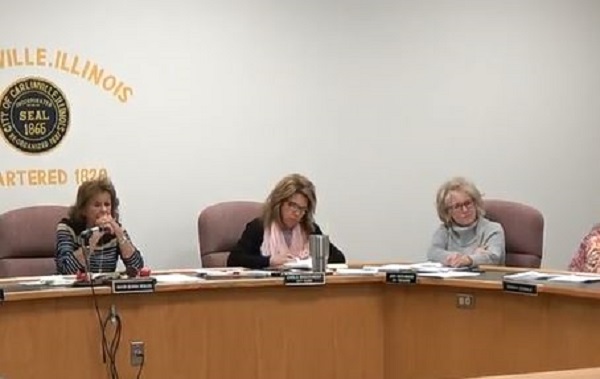 The April 2, 2018, Carlinville City Council meeting was, for the most part, uneventful, considering what transpired at their previous meeting.

The city council behaved itself during comments from the public, the attorney stayed quiet for the most part, and the only short distraction came from the city treasurer.

Later in the meeting, the council opened some "sealed bids" - one set was for a bid on sidewalk replacement/repair - the final bid for that project was not received sealed (see 36:27 in the video), and after I asked (at 37:04), it was acknowledged that one bid was not sealed. It happened to be the low-bidder.

Additionally, the council voted to sell the vehicles to the highest bidder, even though it was not listed on the agenda.