AG reviewing Jasper Co. School’s unlawful removal of recording from District control and its refusal to allow Board Member reasonable access to recording – 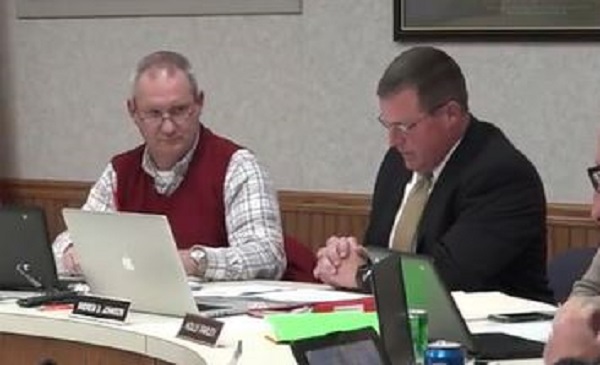 Once again, Jasper County School District is making up its own rules which we believe violate the letter and intent of the law.

We wrote about it in a previous article (here) and now the Attorney General's Public Access Counselor is reviewing this alleged refusal to allow a board member access to recordings of closed sessions and of the school's removal of recordings from their usual storage area in violation of the law.

We ask our readers if these quotes from Section 2.06(e) of the Open Meetings Act leave any doubt as to whether a board member has access to recordings, and whether a recording can be removed from the district and sent to an attorney without board approval and without a court order:

So while this school board is still unlawfully punishing a board member for something that allegedly happened almost 2 years ago, they are busy actually committing crimes (according to Section 4 of the Act) by removing a recording, or making a copy of it and removing the copy, and also by placing extra-statutory conditions on a board member's access to listen to those recordings.

It will be interesting to find out how the school district's attorney will argue this, and how much tax money the district will fork out in billable hours to try and make an obvious violation perfectly OK. What they should do, is simply respond with a "we violated the Act and won't do it again" - that would save taxpayer money, and would show the district is honest about what they did. But we doubt they will do that - it is much more politically effective for them to pay an attorney, and later hold a press conference to tell everyone how much money this is causing them, blaming the citizen, not themselves.

These are my allegations against the school district:

Superintendent Andrew D. Johnson should be prosecuted for this - it's the only way to stop the madness.

Read the AG's letter requesting a response from the school district:

[documentcloud url="http://www.documentcloud.org/documents/4428359-52345-FI-Let.html" responsive=true]
.
Our work is funded entirely thru donations and we
ask that you consider donating at the below link.