U.S. Rep. Tim Walz confused about who his constituents are….and what about Marron? 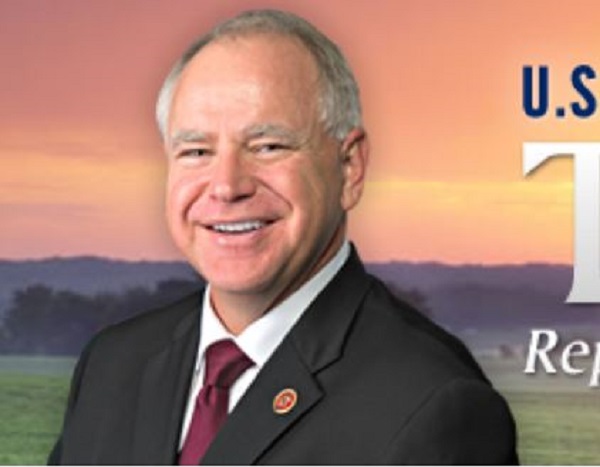 LETTER TO THE EDITOR:

Who is your representative working for?  Chances are they may be confused about a few things....like this guy.  If your representative is bought-and-paid-for, then he needs ditched.  In Vermilion County Illinois,  it appears Mike Marron is an Illinois State Representative candidate who has his (or family)  farmland leased by InvEnergy.  Be wary of his policies regarding wind energy.

According to attendees at a recent public meeting, MN District 1 Congressman Tim Walz physically ran away from Vietnam era veteran Bernie Hagen to avoid dealing with the mass destruction of rural communities by industrial wind. Mr. Hagen lives in Congressman Walz' district and in the disastrous Bent Tree wind complex. Walz won't help and has repeatedly refused to meet with his constituents.

Now Congressman Walz writes a letter (here) to the Minnesota Public Utilities Commission in support of the highly-contested Invenergy-proposed Freeborn wind complex opposed by at least 470 of his actual constituents - people who live in his southern Minnesota Congressional District. 80% of the residents living in Invenergy’s proposed industrial wind complex are opposed to the project.

In the letter, Walz lies that Melville (“Mel”) Nickerson, Invenergy's "Director of Government Relations", is his "constituent." It appears that Nickerson lives in Chicago (or possibly Springfield) - that is in Illinois in case Congressman Walz is confused. It looks like Nickerson is the head of Accurate Strategies Government Relations. That Walz considers a Chicago-based lobbyist for Chicago-based Invenergy his "constituent" rather than residents and voters of southern Minnesota, says a lot about Walz.

1.       Walz’s office approached him asking how Walz could help Invenergy

And yes, Freeborn Wind is the one who used your testimony and affidavits on the record.

Name withheld upon request.
.
Our work is funded entirely thru donations and we
ask that you consider donating at the below link.