We attended the Mount Pulaski City council meeting Tuesday night and addressed what appear to be clear violations of law by the Mayor, James Cole.

What was most surprising to us, not to imply the Mayor signing a contract with his union without board approval is not surprising, was the volume of alleged criminal conduct raised during the meeting and the attorney sitting silently the whole time.

His silence didn’t last past the next morning.

“After serious consideration, we do not believe our firm can provide effective legal representation to the City of Mt. Pulaski moving forward.

This is not a decision we take lightly, but based on the current state of affairs at the City, the potential and current conflicts of interest prevent us from effectively representing the City.

Effective immediately, our firm’s representation of the City of Mt. Pulaski is hereby terminated. I strongly suggest the City seek out different legal representation.”

This development is significant.  We contend this attorney may be a material witness to possible criminal conduct and violations of municipal ordinances if he attended all their meetings.  We have reports that matters taken to him resulted in a claim of “there’s nothing you can do because he has not broken the law”.   If that representation is correct, I would say the city council blew that out of the water with their raised concerns about the Mayor’s actions.

We contend the Mayor has a very big problem as the language in the contract he signed points directly to necessary authority.  He DID NOT have that authority to sign the contract in question yet represented that he did. That action may well constitute forgery under Illinois Criminal law.

The city ordinances are very clear when it comes to a liability to the city and expenditure or appropriation of money.  Such action is required to be passed by the city council and this one was not.

A. Approval; Veto: All resolutions and motions: 1) which create any liability against the city; or 2) which provide for the expenditure or appropriation of its money; or 3) to sell any city school property, and all ordinances, passed by the city council shall be deposited with the city clerk. If the mayor approves of them, he shall sign them. Those of which he disapproves, he shall return to the city council, with his written objections, at the next regular meeting of the city council occurring not less than five (5) days after their passage. The mayor may disapprove of any one or more sums appropriated in any ordinance, resolution or motion making an appropriation, and if so, the remainder shall be effective. However, the mayor may disapprove entirely of an ordinance, resolution or motion making an appropriation. If the mayor fails to return any ordinance or any specified resolution or motion with his written objections within the designated time, it shall become effective despite the absence of his signature. (1967 Code § 2.105; amd. 2010 Code)

After this violation and others were was raised during the meeting it would appear the City Attorney saw the writing on the wall.

We urge the city council to gather all the evidence that points to a violation of the law and file a formal criminal complaint with the County Sheriff’s office or Illinois State Police.

As the video will reflect, we urged the Mayor to resign immediately as did members of the council later in the meeting. 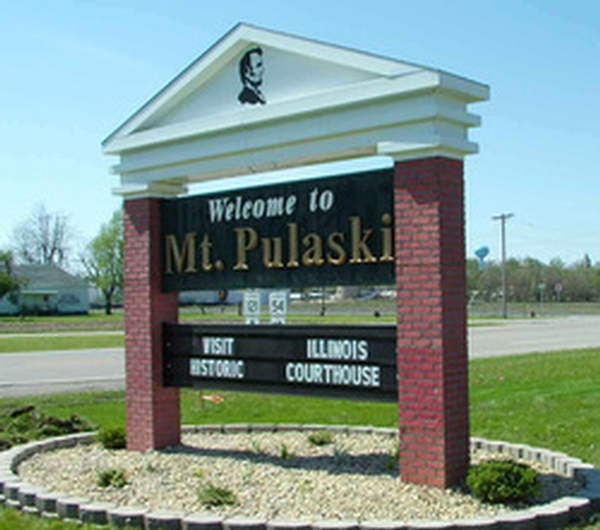