Carlinville: Mayor Demuzio and the IML want to take your vote away –

During the March 19, 2018, Carlinville City Council meeting, Mayor Deanne Demuzio placed an item on the agenda, which has as its sole purpose, the stripping of local voters of their right to determine whether to grant a municipality of less than 25,000 residents Home Rule status. She doesn’t think local voters need a say in it and wants to change the Illinois Constitution.

She knows best, you little voters are too ignorant to understand any of it.

During discussion of the item, it was clear that Demuzio herself was either completely ignorant of what the Resolution was designed to do, or she thought the Aldermen were too ignorant to figure it out for themselves. It wasn’t until I corrected her misinformation that she finally stated the Resolution’s impact on local voters. See the video below…

Home Rule, simply put, is a massive, uncontrollable money grab used by municipalities to inflict crippling sales taxes on anything and everything. Nothing will be spared, and real estates taxes will continue their upward spiral paralleling the increase in sales taxes should this Home Rule Amendment be passed. This SJRCA 9 would take a 3/5 majority to be placed on the ballot, and voters across this state will vote to take your local vote and throw it in the trash heap.

Home Rule for small municipalities is already possible, is already in the Constitution, and requires a local referendum voted on by the residents of each municipality wishing to place the question on the ballot. Current law keeps the vote at the local level where it should be. This change will steal your vote.

In the below video, you can clearly hear Demuzio try and claim that even after the statewide vote, that the local voters will still decide if they want home rule or not. After I corrected that statement, she finally recognized that it would be an automatic home rule. There is clear water-muddying going on here and people are trying to convince voters that small municipalities cannot become home rule unless this Constitutional Amendment passes – which is completely wrong. This amendment will take votes away from local voters on the home rule question and the statewide popular vote will mandate the outcome for every municipality.

The level of deception displayed in this resolution of support is appalling. 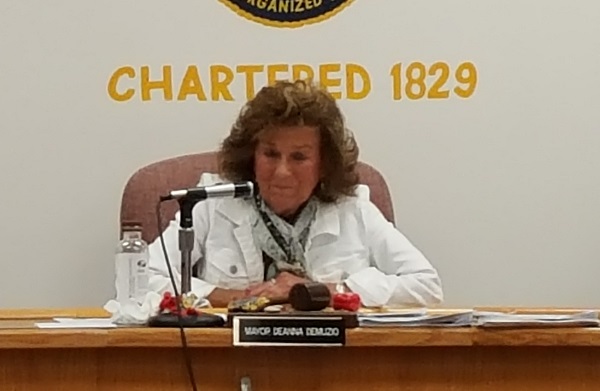