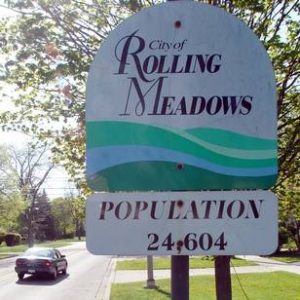 This seems to be the standard for a public body – pay an attorney to answer simple Freedom of Information Act requests, and then complain later about how much the FOIA requests are costing the public.

The real issue is public bodies paying attorneys to answer simple FOIA requests, like providing copies of  7 checks from Rosemont, and in the case of the library, requesting an extension of 5 days to respond.

Did they really need an attorney to perform that function?

We asked the Village of Rosemont for copies of checks that met certain criteria, and they produced 7 checks, along with a letter from an attorney explaining that the city answered the FOIA request.

The Rolling Meadows Public Library paid their attorney to type a simple letter telling the requester they are taking an additional 5 days to provide the requested records.

Both are Cook County public bodies, and the Rolling Meadows Public Library decided recently that instead of responding to a Freedom of Information Act request, it would hand the matter over to its attorneys at the law firm of Storino Ramello & Durkin for them to say nothing more than they were taking another 5 days to answer.

This is similar to how the Orland Park Public Library famously wasted hundreds of thousands of dollars in recent years by allowing its own law firm, Klein Thorpe Jenkins, to run up massive legal bills handling that public library’s FOIA requests (instead of having the library’s designated FOIA compliance officer respond).

There is no valid or justifiable reason for a public body, in most instances, to choose to pay attorneys hundreds of dollars by the hour to produce letters and documents instead of having its own salaried public employees perform these tasks, as mandated by our state’s Freedom of Information Act as found in Section 3.5(a).

So, why do public bodies like the Village of Rosemont, Rolling Meadows Public Library and Orland Park Public Library farm out their FOIA requests to law firms?

In Orland Park’s case, the library unsuccessfully tried for years to hide documents that proved crimes had been covered-up in that building and that staff and board members were stealing from the public, including abusing spending by buying gold jewelry to give each other as presents, taking expensive trips without some board members ever producing proper receipts, and stuffing their faces with $500 steak dinners in violation of the Illinois Local Library Act (which prohibits library board members from being compensated for serving on the board). Orland Park Public Library had to be sued in circuit court to produce many of the documents that Klein Thorpe Jenkins appeared to have helped them stonewall and keep from the public for years, including that law firm’s own legal invoices and records of payment (which the library tried excessively redacting to conceal what, exactly, Klein Thorpe Jenkins was being paid to do with taxpayer funds).

The Village of Rosemont seems to simply not want to deal with FOIA requests and prefers to pay an attorney to perform that function – after all, it isn’t coming out of their pockets.

Is this what Rolling Meadows Public Library is doing, too? Did they punt this FOIA request for spending documents over to their attorneys at Storino Ramello & Durkin in hopes of hiding some kind of wrongdoing or abuse of funds from the public?

Another theory on why some public bodies choose to have their law firms charge them a small fortune to respond to FOIA requests is that this is a strategy on the part of public bodies to discourage FOIA requests in the first place. The general public is in large part afraid of attorneys. Receiving a letter from a law firm in response to a FOIA request (instead of just receiving the documents asked for from the public body itself) might have a chilling effect on an inexperienced person’s willingness or ability to continue investigating that public body. So, having lawyers respond to requests for documents about a public body’s spending habits might be a strategy to intimidate members of the public into giving up on an investigation and walking away without ever figuring out if the public body is up to anything shady or not.

Using an attorney to respond also gives the impression of believability – with the Village of Rosemont, we knew a village department had made a donation of a certain dollar amount – and a copy of that check was never provided with the 7 checks meeting the criteria requested. Now I have to figure out if I need to be more specific in the request, or believe the attorney who responded to it.

Additionally, a public library such as Rolling Meadows or Orland Park can moan that responding to FOIA requests is just too expensive and they can’t afford to produce documents…while failing to mention that the public body decided on its own to run up massive bills by needlessly bringing in attorneys (at around $200/hour) to do work that library staffers already on the payroll are supposed to do under the state’s FOIA statute (which requires public bodies to have FOIA compliance officers on staff to handle FOIA requests). The Orland Park Public Library engaged in this strategy for years, running to the Media at every opportunity to claim that FOIA investigations into the library’s wrongdoing were costing them a fortune…but neglecting to tell reporters that the library deliberately decided to squander over $500,000 in an ill-conceived scheme to try to keep its most embarrassing and shocking internal documents from the public and scare away prying eyes.

These are not the only public bodies acting in this manner – the City of Carlinville recently paid their attorney to deny several FOIA requests that are the subject of multiple Attorney General inquiries and a lawsuit – the city council even directed their attorney to provide the requested record by last Friday, today is 5 days past that directive, and we still have not received anything from Carlinville.

As good as Illinois’ Freedom of Information Act is compared to other states, there is still a long way to go to force compliance.