Election Coming Up? Use Drug Money To Get Your Name Out There –

La Salle County State’s Attorney Brian Towne has been using drug fine money in what appears is an attempt at keeping his name out there in front of voters.

At least he wasn’t using the controversial “Civil Asset Forfeiture” fund, and the even more controversial “State’s Attorney Felony Enforcement” team – ruled illegal by the Appellate Court and appealed to the Supreme Court awaiting a hearing. Chicago Daily Law Bulletin has also written about the SAFE unit and the court decision (HERE).

Instead, it appears La Salle County State’s Attorney Brian Towne has leveraged the drug fine fund (fund 25) in the fight to keep his name in front of the public and to become re-elected as State’s Attorney.

This most recent purchase from 2015 was to place his name on t-shirts for sports teams within La Salle County. He donated $6,000.00 to the LP Renaissance Club, and then traveled to Orlando with them in July of 2015 and 2016, bringing his wife and stepdaughter with him this year. We do not yet know if he donated in 2016.

While some people might say “What’s the big deal, it’s drug money” – we say wait a minute, if this was not about a reelection bid, why not put “LaSalle County S.A.F.E.” or “Paid For With Drug Fines” on the shirts instead of “Brian Towne State’s Attorney” on them, which by the way is the exact same logo he uses in his campaign? He gives the appearance that he has personally donated the funds, but the fact is those funds are public funds. 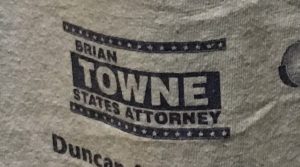 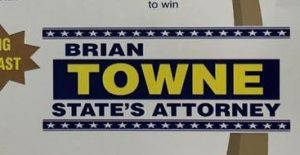