Update: CD Davidsmeyer has refunded the donation back to the Hospital.

Illinois State Representative CD Davidsmeyer (R – Jacksonville) recently commented on other Representatives calling for the ouster of Auditor General Frank Mautino. Within those comments was a statement saying he never reviewed Mautino’s campaign reports, and was leaving that up to the State Board of Elections. Funny he should weigh-in on a subject without even researching  it.

According to Davidsmeyer’s own D-2 reports from last year, he received a $600.00 donation from Jersey County Community Hospital – a Public Hospital District owned by the citizens of Jersey County – which leads us to believe it was a donation from public funds. It appears from their website, the Hospital is not very forthcoming about its status as a Public Hospital District – I could find nothing on its Board of Trustees, nothing on policies, minutes, FOIA, Open Meetings, or salaries. Davidsmeyer received $600.00 from JCH in 2014 also.

There is one page on the hospital website listing the meeting schedules, but without any agendas.

Additionally, Davidsmeyer became aware of this improper donation in May 2016 and did not refund the public money used as a donation to his campaign. 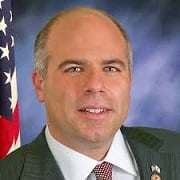 According to the State Board of Elections Contributions List, JCH also gave State Senator Sam McCann a $1600.00 campaign donation in both 2014 and 2015.

I have inquired with the CEO of Jersey County Community Hospital seeking clarification in whether the reports are accurate, and why public funds were spent on political campaigns, he has responded and verified the accuracy of the donations with public funds and is taking steps to prevent it in the future, and to recover the funds for the Hospital.

Just prior to publishing this article, and receiving more information, a google search revealed that the Better Government Association had published an article on this same subject matter in May 2016 (you can read it at this link), but since I already wrote this one, I will publish it.
.
Please consider a donation to the Edgar County Watchdogs.
[wp_eStore_donate id=1]
.