Terminating Hospital District CEO – How many votes are needed? –

The Franklin County Hospital District has recently voted 4-3 in favor of terminating the contract of their CEO, with 7 of the 9 Board members present at the meeting.

Q: How many Board members must vote to pass an item listed on the agenda, and how many does it take to form a quorum for a Hospital District?

Does this mean that the District can simply do whatever it pleases as long as they place it into their by-laws? No.

Examples of restriction placed in law by the legislature are:

You might ask why it was important to point out mandated vote counts for certain actions, and it was simply to show how the legislature placed restrictions on the power granted in Section 14.

Since the Law tells the District they must create and establish by-laws containing the rules for the transaction of other business, and the hiring and firing of employees is "other business" of the District, we must look to their by-laws to determine the rules.

QUORUM: majority of those holding office

ACTION: majority of those present at a regular constituted meeting

The meeting last held included 7 of the 9 members of the board, and was a "quorum" as defined in the by-laws of the District.

The termination of his contract is valid, in our opinion, and was conducted in accordance with the law governing the District and the by-laws established by the District.

Some might ask: What about the contract that requires a majority of the board members? We believe that portion of the contract is invalid and contrary to the by-laws of the District and the laws of this State.

Disclaimer: The above information is our opinion, and we are not attorneys, and are not giving legal advice. 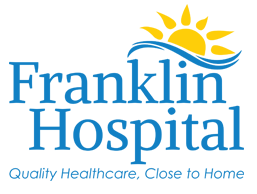