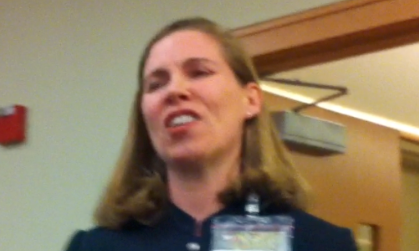 This statement was released by both parties on 3/25/16.

On 3/15/16 at a mediation conference, a federal judge reviewed the July 8th video of Bittman's behavior and it was clear that she should not have done what she did and had no business coming at Fox and DuJan.

The First Amendment right to post the video of Bittman's behavior was upheld and the video remains on YouTube for everyone to see, forever.

The video speaks for itself. Bittman filed what was clearly a SLAPP (Strategic Litigation Against Public Participation) because she was upset that her bad behavior was caught on video and posted for everyone to see. Bittman's meritless lawsuit has collapsed in flames and has been completely withdrawn. This can be seen as nothing else but a total and complete defeat and disaster for Bittman.

With Bittman admitting on the record that Fox had her children with her at the Orland Park Library, it is clear that Bittman lied to the media in the past when she said that Fox did not have her youngsters with her. Fox is vindicated with Bittman finally admitting the truth. It appears likely that the lies told to the media about Fox by Bittman could be the reason Bittman no longer holds the cushy position of OPPL "public information coordinator," since the information she was coordinating was not accurate or truthful when it came to Fox.

Bittman filed a SLAPP lawsuit to try to silence the First Amendment rights of people who criticized a public body for covering up child pornography access and other sexual crimes happening in a public library, along with waste and corruption involving elected officials taking gold and fancy meals from taxpayers. Bittman wanted to chill, censor, and silence protected speech and scare away activists and reporters who uncovered wrongdoing at the public body in which she worked.

This SLAPP lawsuit was an unmitigated disaster for Bittman. All her complaints and allegations were dismissed. She claims to have taken out a $10,000 home equity loan and has begged on GoFundMe to pay for this lawsuit. She didn't like the fact that she and the public body she worked for were criticized and their bad behavior were exposed and so she filed a meritless lawsuit to shutdown criticism and shut up her critics. This is a total and complete loss for her.

Bridget Bittman is a cautionary tale that hopefully other public officials will heed: you cannot successfully sue your critics to silence and censor them and you cannot stifle future speech of people who are critical of you by thinking you can scare them away with a bogus lawsuit.

Bittman is no longer employed by the Orland Park Public Library. She had a very cushy job there, but once she filed her SLAPP lawsuit and was countersued by Megan Fox (for Bittman telling lies to the media in an effort to discredit and malign Fox as the Library's principal critic) Bittman suddenly left the OPPL (at approximately the same time that the Library's insurance indemnified Bittman and hired the law firm Gordon Rees to represent her in Fox's counterclaim).

It would seem this was no coincidence, Bittman leaving a very high-paying and cushy job right about the time that her actions against Fox resulted in that counterclaim. If not for Bittman filing her SLAPP lawsuit, that counterclaim would have never happened and it's likely that Bittman would still have her $100,000+/year cushy job with all its platinum-plated benefits.
. 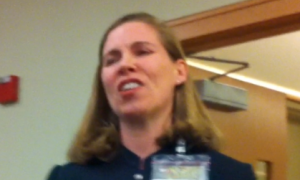