Frank Wright, the Democrat Party Chairman in Vermilion County, Illinois has reported that an election judge at the Danville Boys and Girls Club called the Danville Election Commission earlier today to let them know she was running out of Democrat Ballots.

She called twice without any action to deliver more ballots.

The third time, the Election Commission hung up on her, refusing to talk.

The Election Judge then decided the only thing she could do was to photocopy the ballots on small paper so the voters could at least cast a ballot.

The Election Judge is filing a grievance.

Will Nesbitt is the Director of the Danville Election Commission who failed to act.
.
Please consider a donation to the Edgar County Watchdogs.
[wp_eStore_donate id=1] 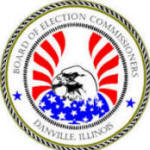