When you look at people and how they conduct themselves in their quest for political power, you must take into consideration the actions from their past that may reflect on how they will act once elected.

When we look at candidate Randy Peterson, we clearly see someone who has done absolutely nothing since he became the Edgar County Republican Party Chairman.

He has held no meetings of his own accord (except once to recommend a county board appointment and advertising). There was a meeting a couple months ago, but I scheduled that one, sent out the email blast, and contacted the speakers. He refused to answer emails, phone calls, and text messages about the meeting.

There have been virtually no other meetings in the almost two years since he became the republican party chairman in Edgar County.

The Lincoln Day Dinner from last year was a complete disgrace, with most likely the lowest number of attendees in Edgar County Republican Party history.

Peterson failed to even schedule a Christmas Party for this past year. What a piece of work!

There is no Lincoln Day Dinner scheduled yet for this year, if there will ever be one scheduled.

To top that off, just incase he has been working behind the scenes in his own county - One measure of success at the local level could be based on how many Precinct Committeeman are running for office? In Edgar County, of the 31 Precincts, only 11 have anyone running as Precinct Committeeman. Of those 11, 1 is Peterson and 2 are Watchdogs. For those lousy numbers, he is a failure.

He actively campaigned for Democrat Party candidates over those in his own party during the last election cycle. 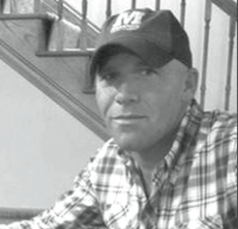