The problem is that the term of his "conditional" resignation resulted in the village trustees violating the Illinois Municipal Code due to the fact that he conditioned his resignation on the appointment of Wilbert Beals as Village President - who happens to be the father of Janette Beals, the village clerk who resigned as trustee in order to take the clerk position.  It shows  how bad they wanted him out of there, to violate the law to get rid of him...

Any such appointment at this stage is a violation of the Illinois Municipal Code.

What is a Conditional Resignation?

The Illinois Municipal Code provides for "conditional resignations" in Section 3.1.10-50 (2):

The conditions placed on a resignation cannot violate other laws - like, say, the Illinois Municipal Code, Section 3.1/10-50 (f)(1):

Either way, Dan Pearcy, in his final grasp at holding on to 0what little power he may have had,  has lost every shred of integrity that he might have had left. I will add him to the list of scumbags.

As for the board of trustees, they exhibited one of the most outrageous acts I have ever witnessed in a public body. Just when you thought you have seen it all, something like this pops up and takes the cake.

How much is he hiding that he must try and dictate who the next village president is?

Additionally, the appointment violated the Open Meetings Act since the action item was to "fill" or "appoint" a BOARD vacancy. There was never an item to accept the resignation of the village president or to appoint a person to fill the vacancy of the village president. There is no such thing as a "board" vacancy, only trustee vacancy and/or president vacancy for this situation.

I certainly hope their new attorney didn't play any part in this. 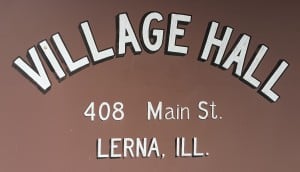